“Some think if you don’t flaunt on social media, you’re not balling – Actress Rita Dominic lamen

Veteran Nollywood actress, Rita Dominic has voiced out her frustration on the rate at which people measure on social media.

With top celebrities across the world known for flaunting their lavish style on social media, Rita Dominic noted that she is confused on when social media became the yardstick for measuring wealth.

Rita Dominic via the post stated that some people think celebrities who are not posting about their lifestyle, which includes flaunting theit designers, bag and a host shared of others are not balling. 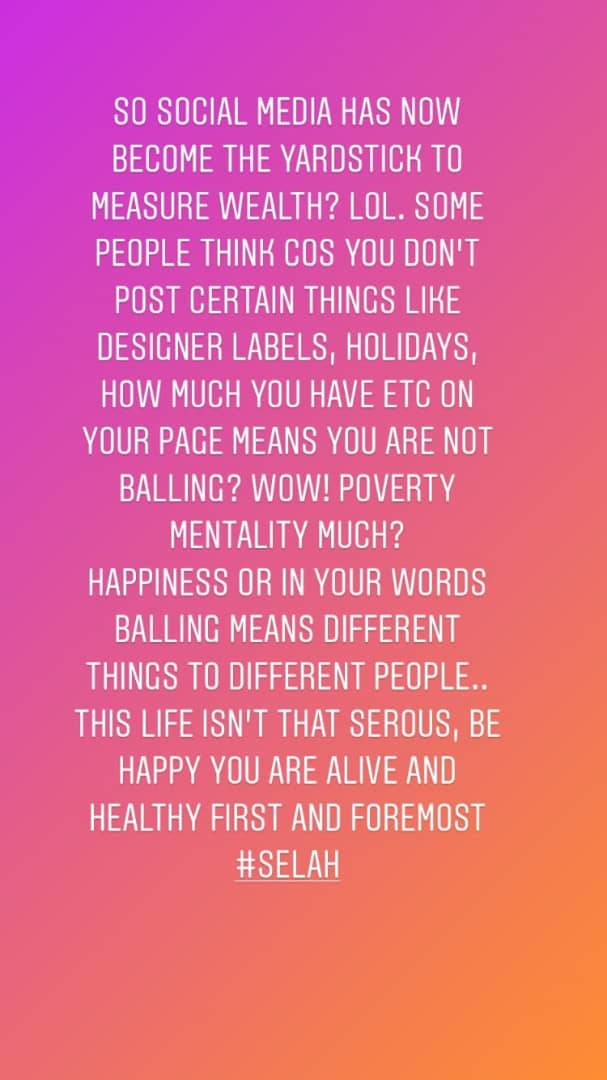 Rita Dominc have maintained her consistency ever since she rose to live and has been showing to the world why she’s regarded as a legend In the game.

The sexy screen diva have also featured in block movies which have gone on to win awards.

‘I remember 2003, when you used to “sweat” roaming from one set to the other’- Movie producer blasts Rita Dominic