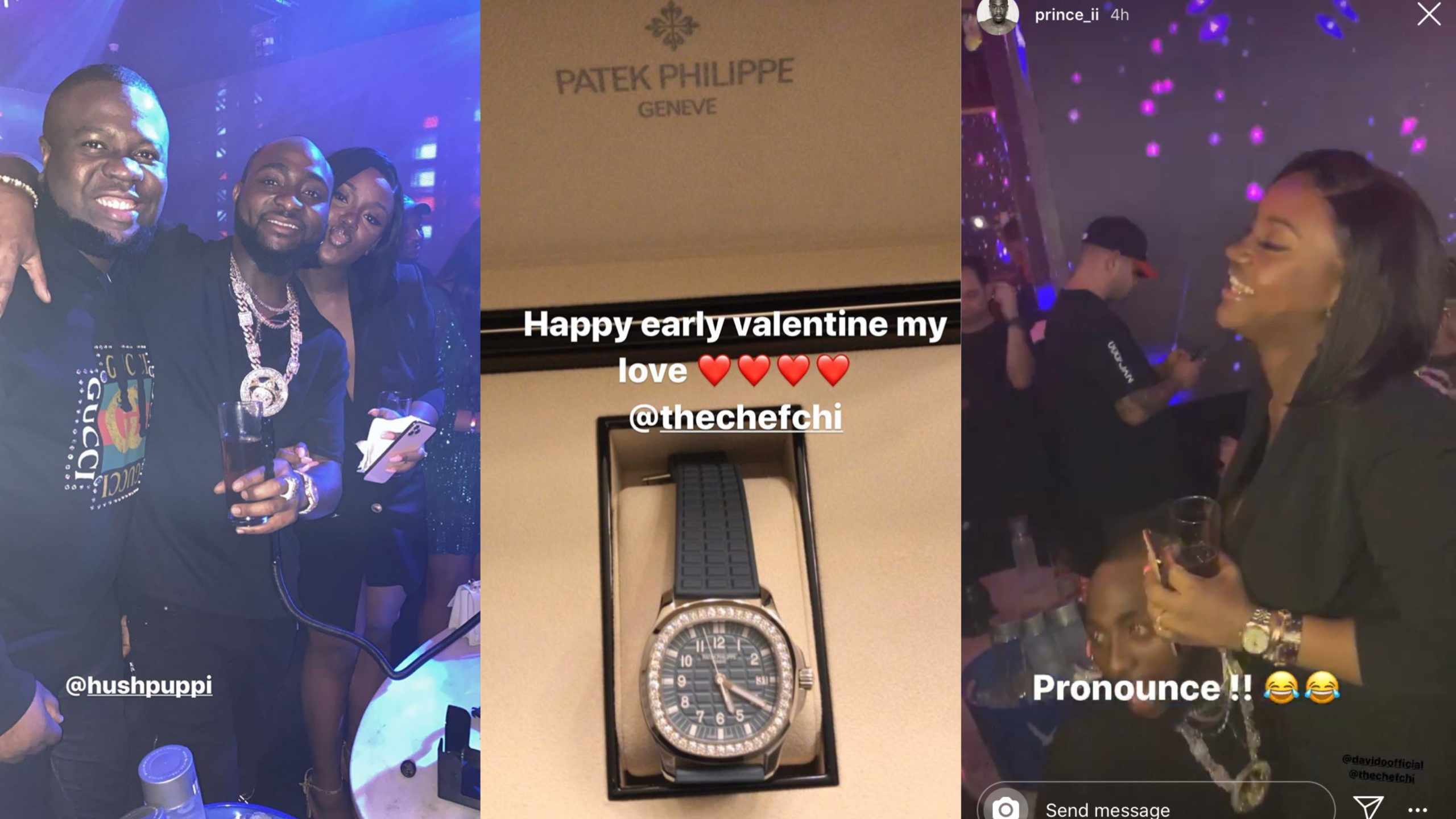 Nigerian  singer Davido has reassured his girlfriend Chioma Avril Rowland of his love.  The relationship keeps waxing stronger regardless of the breakup rumours coming from different quarters.

Davido and his beautiful fiancée, Chioma are still shutting the exotic city of Dubai days after his brother’s wedding. The couple took to the club last night alongside some of the DMW crew and Davido could be seen paying extra attention to his woman.

Right on there, he purchased her an early Valentine’s gift. A Patek Phillips wristwatch and knelt down to pronounce Chioma for life in the middle of the club. Recent reports and observations have had it that Chioma hasn’t been looking happy of late…it’s safe to say Davido is going in all out to quell the fears and doubts of his woman.