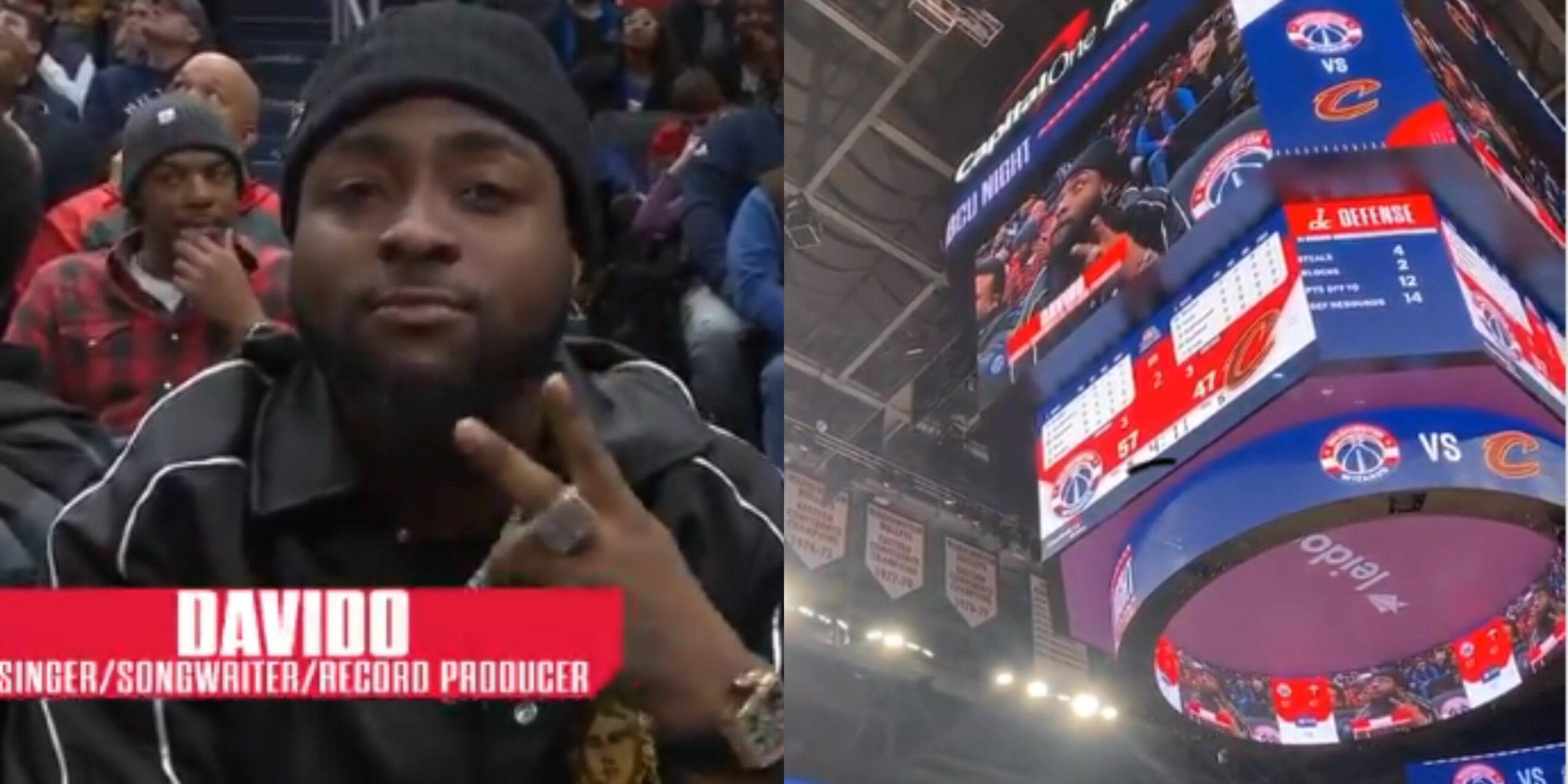 Super star Davido who is currently in America was at a basketball game over the weekend and got special recognition by the home team. Americans have now reacted to the shout out given to Nigerian singer,

The singer who is set to begin his American tour next month was a spectator at the NBA clash between Washington Wizards and Cleveland Cavaliers at the Capital One Arena, Washington DC.

The Blow my mind crooner was featured on the Arena Screen while the commentator introduced him as singer, songwriter, and recording producer. The home team further took the recognition to their social media page but most of their fans began to wonder who Davido really was.

Some Americans and fans of the Basketball team claimed they don’t know Davido. And were surprised to find out that the singer has over 15 million followers on his Instagram page. See their reactions below..