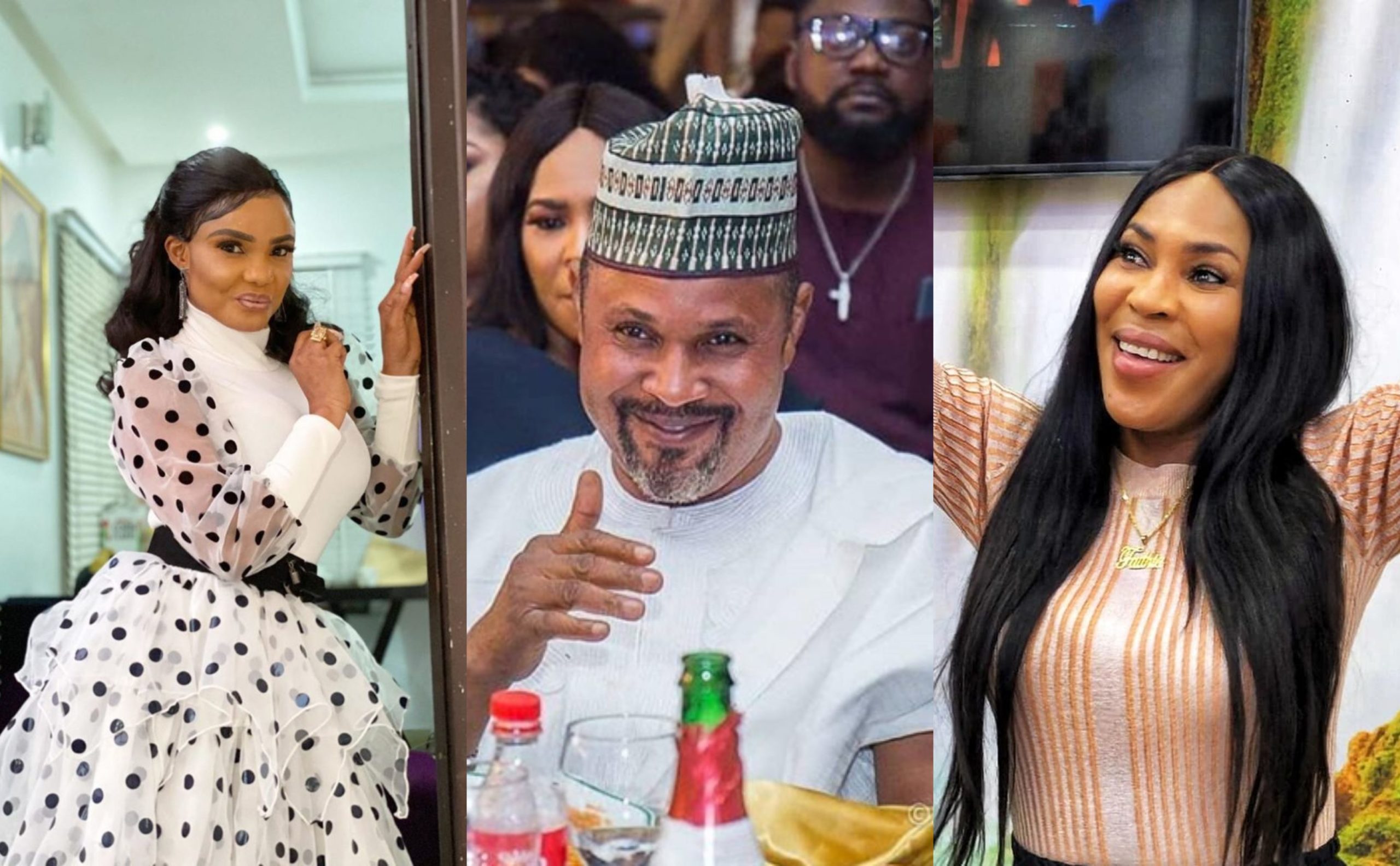 Nollywood actress Faithia Balogun’s former husband and father of her two kids, Saidi Balogun, has described actress Iyabo Ojo as a very ‘loyal and helpful’ sister. We gathered that Iyabo Ojo has been of tremendous assistance to Saidi Balogun since they met in the movie industry.

He made this statement last weekend when Iyabo Ojo hosted him at her Lounge in Lekki Lagos. The party, which had some of Nollywood actors in attendance, held despite the ongoing brawl between his former wife Fathia and Iyabo Ojo. Recall Iyabo Ojo, Faithia Balogun’s birthday had called her out. Iyabo, who was once a good friend of Faithia had posted on Instagram that the 51-year-old actress was a witch!

“There is nothing I have done that Iyabo would not be in attendance,” an elated Saidi disclosed in Yoruba in a video posted by Iyabo Ojo on Instagram

“Some people have speculated that I would not attend this get-together but here I am. I knew I would come. I had already gone for a private dinner held in my honour by a brand I represent and I said I must come to Iyabo Ojo’s Lounge.

“She is a good girl. She has a good heart and I am proud of her and her achievements. Iyabo Ojo has done many good things for me that I cannot remember. I recall telling her to produce an English movie and she urged me to go ahead and said, ‘Brother, you do yours first,.’ That was when I did my movie, “Eti Keta.”

For those who thought I wouldn’t attend the special party she organized for me tonight, shame on them. I am here and I pray Iyabo grows in leaps and bound,” Saidi said.

The former husband of Fathia could not publicly express his alliance but he made a rather direct remark to the spate between his birthday host and former wife. Though he didn’t call names, Saidi said:

“Iyabo, I am proud of you. You have a good soul. I pray you settle the rift between you and the person you are quarreling with. God will settle it and put the devil to shame. When its settled, you will put all your enemies to shame.”

“My brain refuses to accept that both Kobe and Gigi are gone.” – Vanessa Bryant