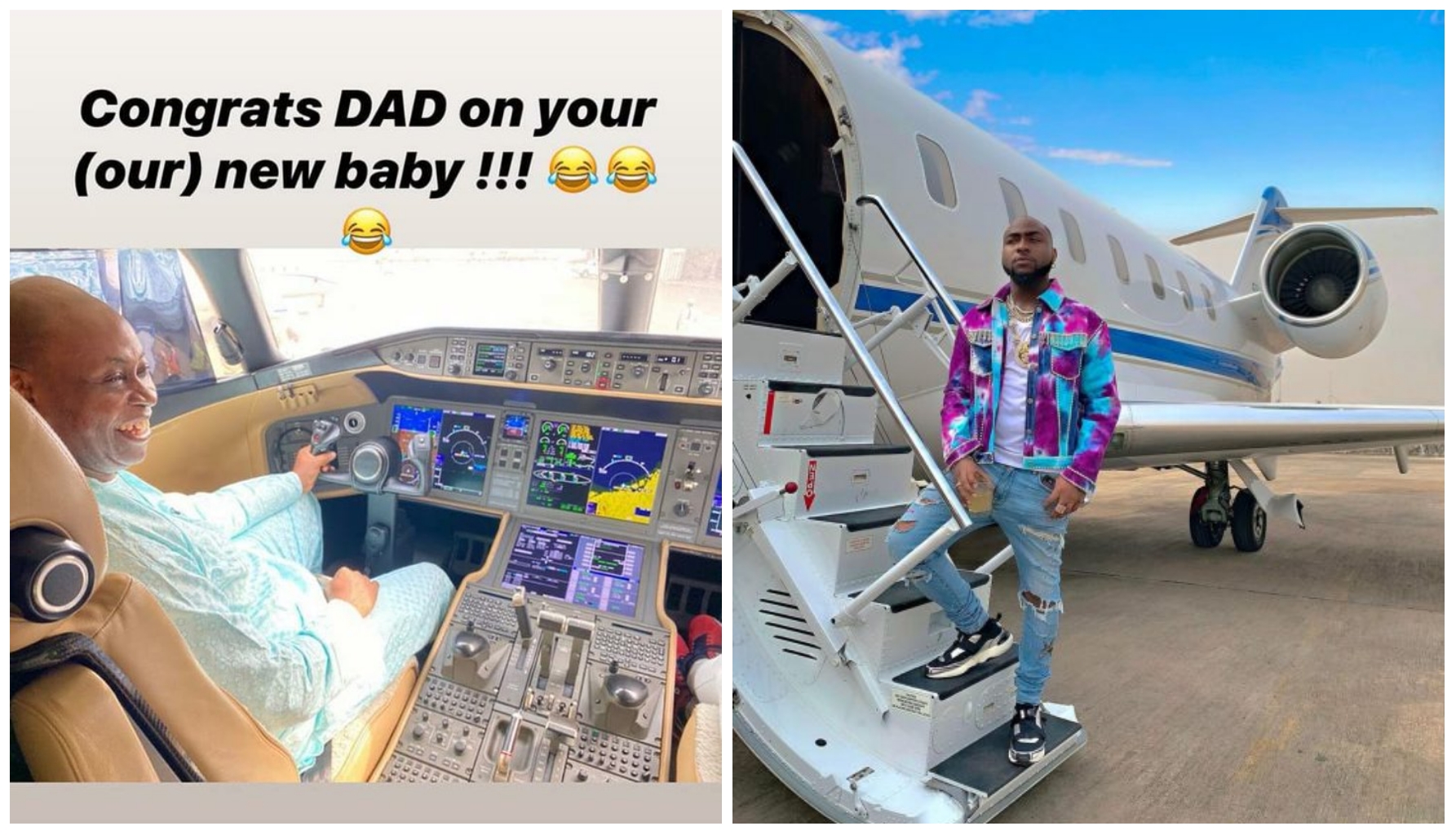 Recall that Nigerian artiste and DMW boss, David Davido Adeleke a few days ago announced that a new jet was on it way on social media and left many of his fans thinking it belonged to him.

Well, a latest report has made it known that the newly purchase jet doesn’t belong to Davido but his father, Dr Adedeji Adeleke.

Davido made this known when he congratulated his father via his social media handle. He wrote ‘Congratulations dad on (our) new baby.’

Media mogul, Dele Momodu, who happens to be very close to the Adelekes also confirmed that the jet belongs to Davido’s father.

Recall that Davido had some years ago done a similar thing when he announced the arrival of a jet which he claimed was his but turned out to belong to his father. Well, this is another one.

Naira Marley changes his ways, says he is tired of ladies and their backside (Video)