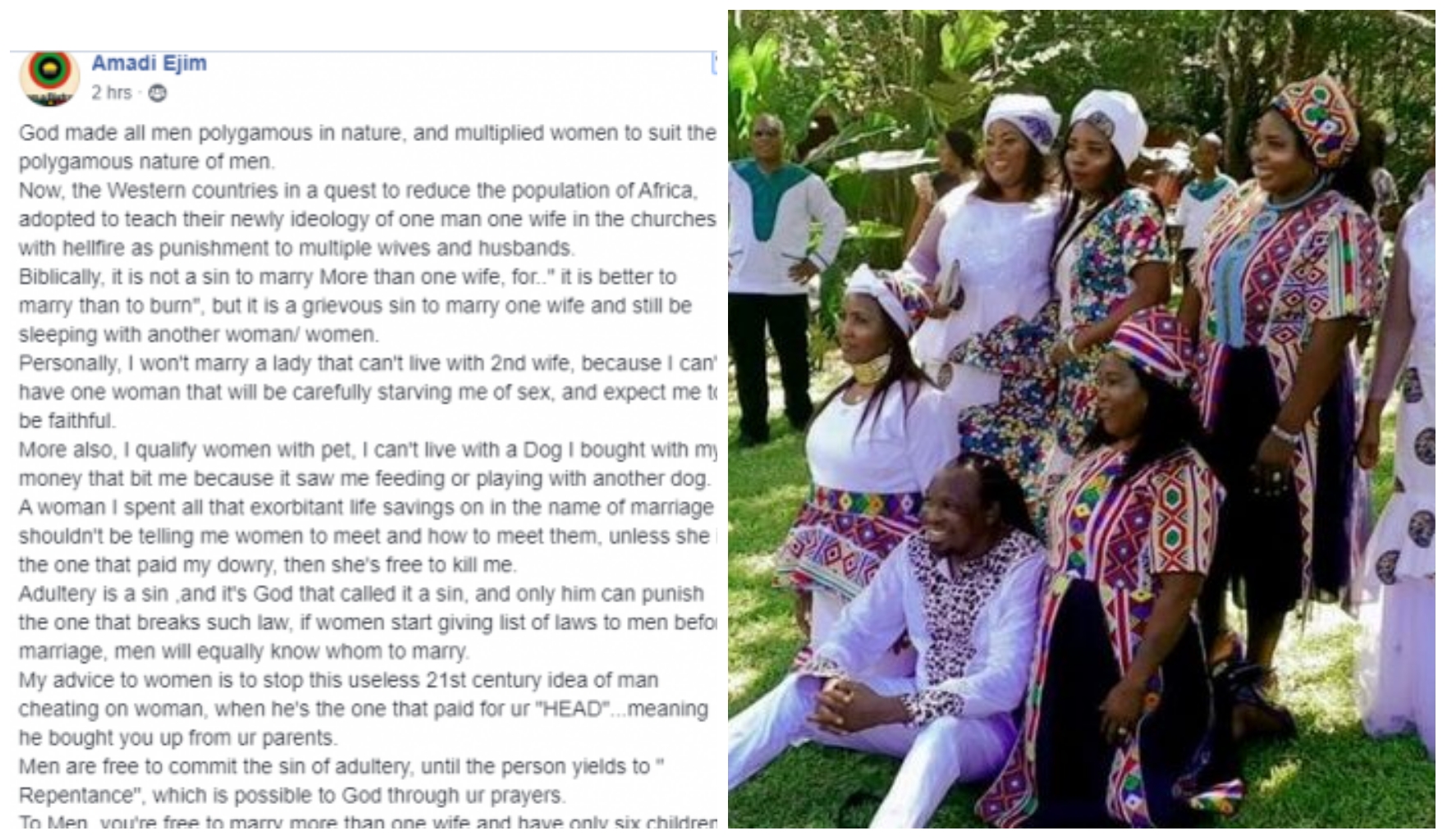 A Nigerian man named Amadi Ejim took to Facebook to share his opinion as to why God created more women than men.

According to Amadi Ejim, the reason God created more women than men was because God wanted men to be polygamous.

Amadi added that western culture brought monogamy to Africa “in a quest to reduce the population of Africa.”

He declared that “biblically it is not a sin to marry more than one wife.”

Read his full statement below,

God made all men polygamous in nature, and multiplied women to suit the polygamous nature of men.

Now, the Western countries in a quest to reduce the population of Africa, adopted to teach their newly ideology of one man one wife in the churches, with hellfire as punishment to multiple wives and husbands.

Biblically, it is not a sin to marry More than one wife, for..” it is better to marry than to burn”, but it is a grievous sin to marry one wife and still be sleeping with another woman/ women.

Personally, I won’t marry a lady that can’t live with 2nd wife, because I can’t have one woman that will be carefully starving me of sex, and expect me to be faithful.

More also, I qualify women with pet, I can’t live with a Dog I bought with my money that bit me because it saw me feeding or playing with another dog.

A woman I spent all that exorbitant life savings on in the name of marriage shouldn’t be telling me women to meet and how to meet them, unless she is the one that paid my dowry, then she’s free to kill me.

Adultery is a sin ,and it’s God that called it a sin, and only him can punish the one that breaks such law, if women start giving list of laws to men before marriage, men will equally know whom to marry.

My advice to women is to stop this useless 21st century idea of man cheating on woman, when he’s the one that paid for ur “HEAD”…meaning he bought you up from ur parents.

Men are free to commit the sin of adultery, until the person yields to ” Repentance”, which is possible to God through ur prayers.

To Men, you’re free to marry more than one wife and have only six children, (3 each, for 2 wives. 2each for 3wives)…a word is enough for the wise.