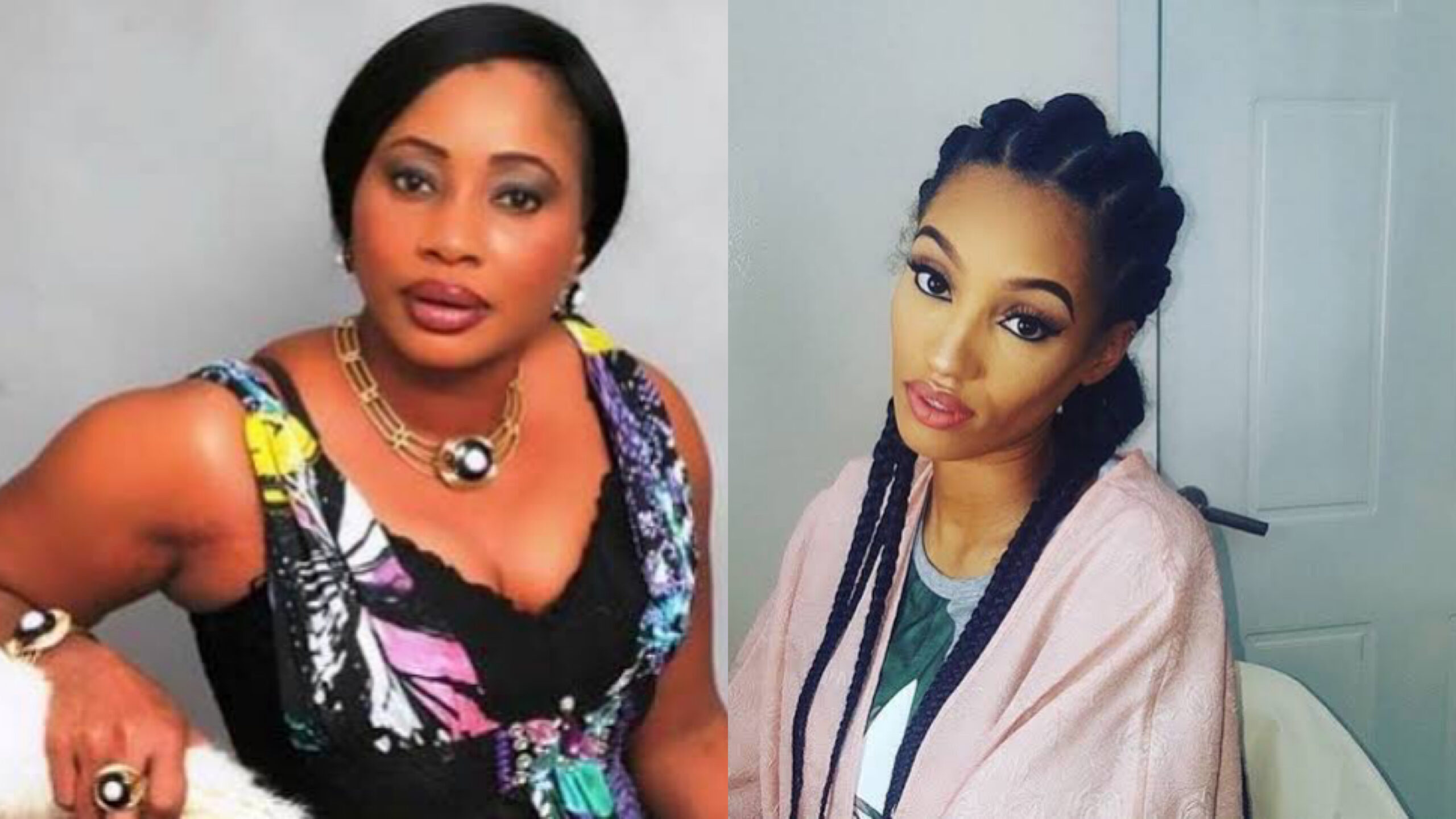 Often times, the newer generation is basked in the euphoria of there favorite celebrities that they tend to forget that their parents were or are well to do and famous in their own rights.

We have compiled a list of your favorite Nigerian celebrities and their famous parents, although you may not be acquainted with them but the baby boomers had these people rock their youthful days…Ranging from different industries: top journalists, renowned lawyers, seasoned script interpreters and the list goes on and on.

Check out the 7 celebrities and their famous parents below:

Kola Anidugbe was an artist and lecturer of Art at the Federal College of Education Osiele Abeokuta. He passed away in 2015 but his art is still sold across the world and on the internet. His piece titled “Woman and child – Signed 1994 ” is currently selling on eBay at a whooping £265.00

Kola’s son, Tobi Anidugbe, more popularly known as Kizz Daniel is a mega-successful Nigerian singer who has written and produced hit songs such as Woju, Mama, and Laye.

He and his dad were really close and it is reported that he was with his father at the time of his passing.

Femi Falana (SAN) is one of Nigeria’s most popular lawyers. He is also a human rights activist and was the chairman of National Conscience Party in 2011.

His son, Folarin Falana better known as Falz is a Nigerian rapper. He followed in his father’s footsteps graduating with a degree in law from the University of Reading. He is also a human rights activist and uses his music and celebrity platform not only to entertain but also to educate.

How often do you see this happen? When father and son both go on to become prolific prominent actors based on individual talent and merit.

Yul Edochie is a Nigerian actor who has starred in blockbuster movies ranging from Wind of Glory to Moms at War. The 38 year old actor is a father of 4: 3 sons and 1 daughter. Who knows, maybe one of his children will become an actor and continue the family tradition 🤣.

Pete Edochie is a veteran Nigerian actor that is widely popularly across the world. His breakout role playing the lead character, Okonkwo, in the NTA adaptation of Chinua Achebe’s classic novel, Things Fall Apart propelled him into the limelight and he’s never left since. As recently as 2018, he starred in the Netflix movie, Lion Heart.

Dr. Sid is a popular Nigerian singer who is a part of the very popular Mavin gang. He started dabbling in entertainment in 1999 and has since gone on to record hit songs like Something About You, Surulere, and Kabiyesi. He is the son of Justus Esiri.

Justus Esiri is a veteran Nollywood actor who passed away in 2013. In his lifetime, he shot into the limelight after starring in the titular role of theh very popular Nigerian Television Authority TV-series The Village Headmaster. He just like Pete Edochie also starred in the film adaptation of Chinua Achebe’s book Things Fall Apart and this greatly raised his star. He later went on to star in other classic movies such as Six Demons, Wasted Years, and Doctor Bello.

Femi Kuti is a popular Nigerian musician who was born in London and raised in Lagos.He started his musical career by playing in his father’s band, Egypt 80. In 1986, Femi went out and started his own band called Positive Force thus establishing himself as an artist outside the shadow of his father. He has since gone on to achieve worldwide success, and has been nominated for a Grammy award 4 times but never won. He is the son of worldwide legend, Fela Kuti.

Fela Kuti was a popular Nigerian multi-instrumentalist, musician, composer, and pioneer of the Afrobeat music genre. He was also a human rights activist. At the height of his popularity, and ever since then, he has been referred to as one of Africa’s most “challenging and charismatic music performers” and Africa’s Greatest of All Time. His legacy is felt up until today and his sound and music has been repurposed and repackaged so many times by many of today’s leading artistes ranging from Beyonce who cited him as an inspiration, to Nigeria’s African Giant, Burna Boy.

Di’Ja is a Nigerian singer most-famous for being a part of the MAVIN dynasty. She was featured on both of MAVIN’s hit songs, Dorobucci and Adaobi. On her own, she has gone on to amass significant success and grow her own niche of fans. Some of her hit songs include Awww, The Way You Are, and Falling For You. She is the daughter of Sierra Leonean politician, Joe Blell.

Joe Blell is a renowned politician from the opposition Sierra Leone People’s Party. He served as Sierra Leone’s High commissioner to Nigeria from 1993 to 2002. He was also Sierra Leone’s Deputy Minister of Defense from 2002 until 2007.

Clarion Chukwura is a veteran Nigerian actress and humanitarian. Her acting career began in 1980 but she became popular when she featured in the popular soap Mirror In The Sun. Since then she’s gone on to act in standout movies such as Money Power, Caught in The Act, and Apaye.