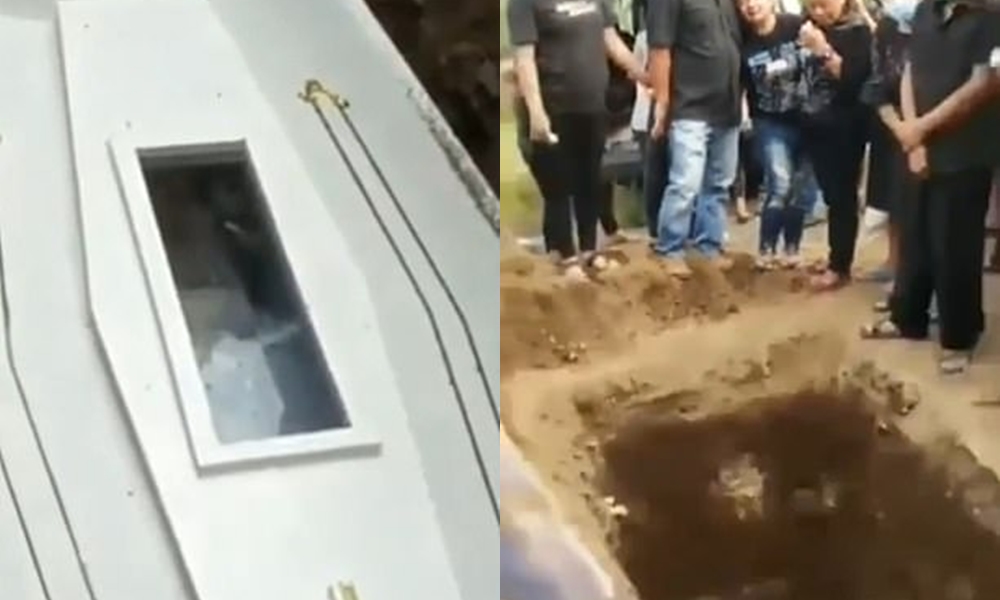 The shocking moment a corpse appears to wave at mourners from inside a coffin during a recent burial is currently going viral.

The weird occurrence, which was filmed by one of the mourners occurred as the deceased was being buried during a Christian service in the city of Manado in North Sulawesi, Indonesia, on May 5.

As a priest read prayers with the devastated family of the deceased gathered around, a hand and fingers could be seen moving under the glass panel in the casket.

In the viral video, the priest is heard saying: ‘God has said in the book of John. I am the resurrection and the life. Whoever believes in me he will live even though he is dead.’

Some social media users are worried that there is a chance the deceased was buried alive, while some suggested that it could have been a mouse moving in the coffin.

It could have been the corpse moving though, as a study reported in Medical News Today in September 2019 found that human bodies can move on their own after death.

Researchers from Central Queensland University in Rockhampton, Australia, who were studying the process of decomposition found that, without any external ‘assistance,’ human remains can change their position.

Check out the video below:

You have a G-Wagon but you are still squatting, now you want relief – Mike Ezuruonye takes a swipe at people living fake lives on social media