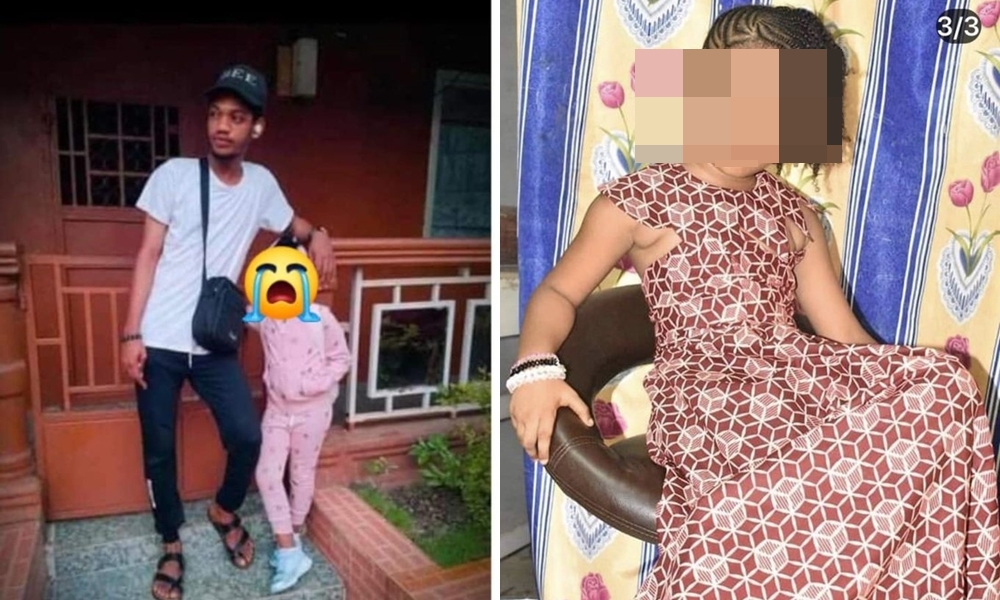 A woman and her son have been arrested after the son raped his two young cousins living with them, leading to the death of one of the girls. 5-year-old Kadijah M. Saccoh and her 8-year-old sister were living with their aunt and her son in her home in Freetown, Sierra Leone. 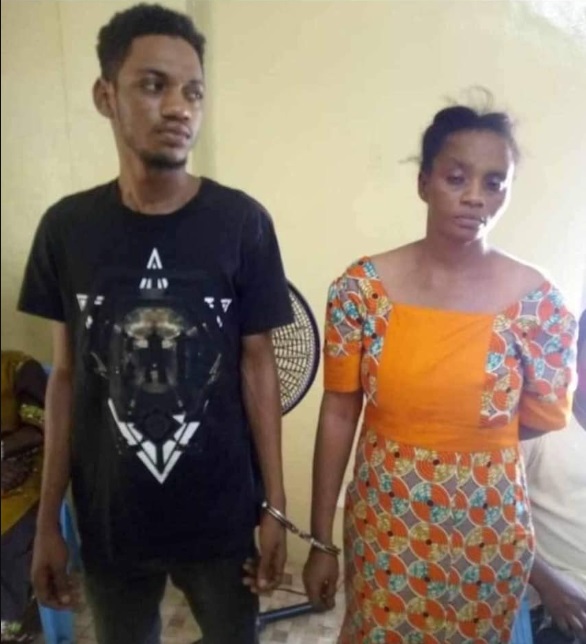 Kadijah’s parents were living apart. The father, Saccoh, is living in the U.S. and had been trying to take Kadijah, a U.S. citizen, with him to the U.S. but couldn’t because a Judge prevented him from doing so as the mother was not in support.

Kadijah and her sister remained with their aunt, who is the elder sister of Kadijah’s mum.

According to reports, when the aunt found out her son had raped Kadijah’s sister, she hid it from the children’s parents and treated the girl herself.

A BROTHER RAPED HIS OWN SISTER (5YEARS) TO DEATH😥
What sort of world are we living in? A brother that is meant to protect and keep his own sister/family safe at all times, but this one ended up raping his blood-sister.😭#justiceforkadijah pic.twitter.com/czVyD0E9At

Her son then raped Kadijah and she hid that too and tried treating the girl. Unfortunately, Kadijah died and the aunt tried to bury her hurriedly.

#justiceforkadijah #justiceforkadijahsaccoh. This beautiful baby girl is Kadijah Saccoh. Kadija was brutally raped, assaulted and murdered at 5 years old. Her tongue was bitten off, she was strangled to death and her neck bones were broken, her pelvic wings were fractured. pic.twitter.com/MlejE2YDUo

According to reports, the aunt informed Kadijah’s father’s family about the death of the girl after which she asked for permission to bury the child, but the father insisted that he wanted to know the cause of the death.

The father urged his family to take the corpse for a postmortem. The postmortem result showed that the girl was raped multiple times. The father then asked that his older daughter be taken for a test too and it showed that she had been raped too.

The rape & murder of 5 y/o Kadijah Saccoh should enrage everyone. No more silence! No more impunity for rapists. #SierraLeone’s #RAPE CULTURE must be dismantled. The justice system must work for Kadijah & every other victim. #justiceforkadijah #SayHerName #turningpoint ⁦ pic.twitter.com/Ry3OKBn1ni