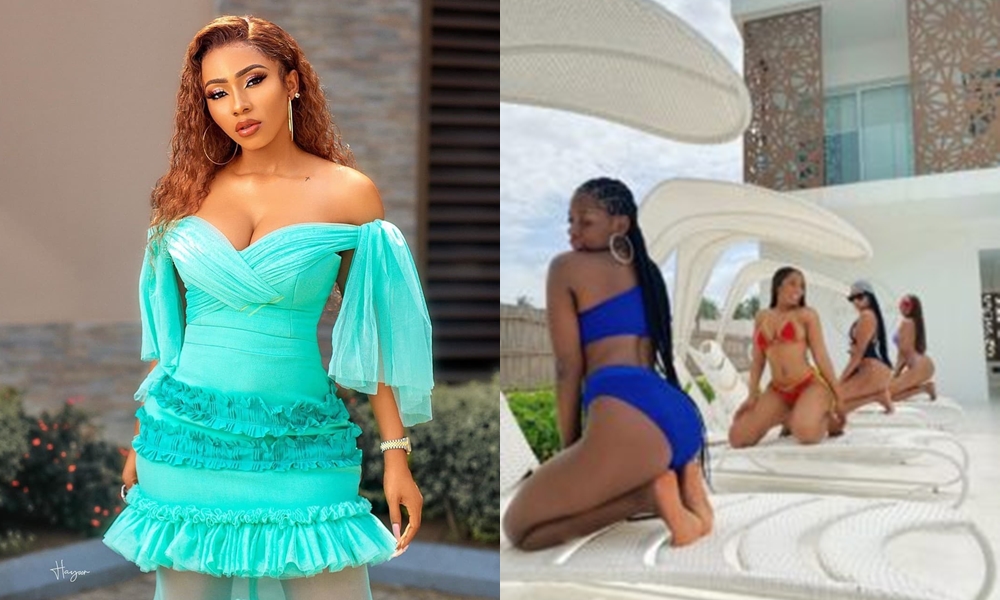 Bikini photos of Mercy Eke and other BBNaija housemates have sparked reactions on Twitter.

In a just-concluded house party photos which have gone viral on Twitter with very interesting reactions. Kim Oprah, Mercy Ike, Venita Akpofure, Daine Russet and host of others are seen in most sexy swimming outfits that have spark various ideas. 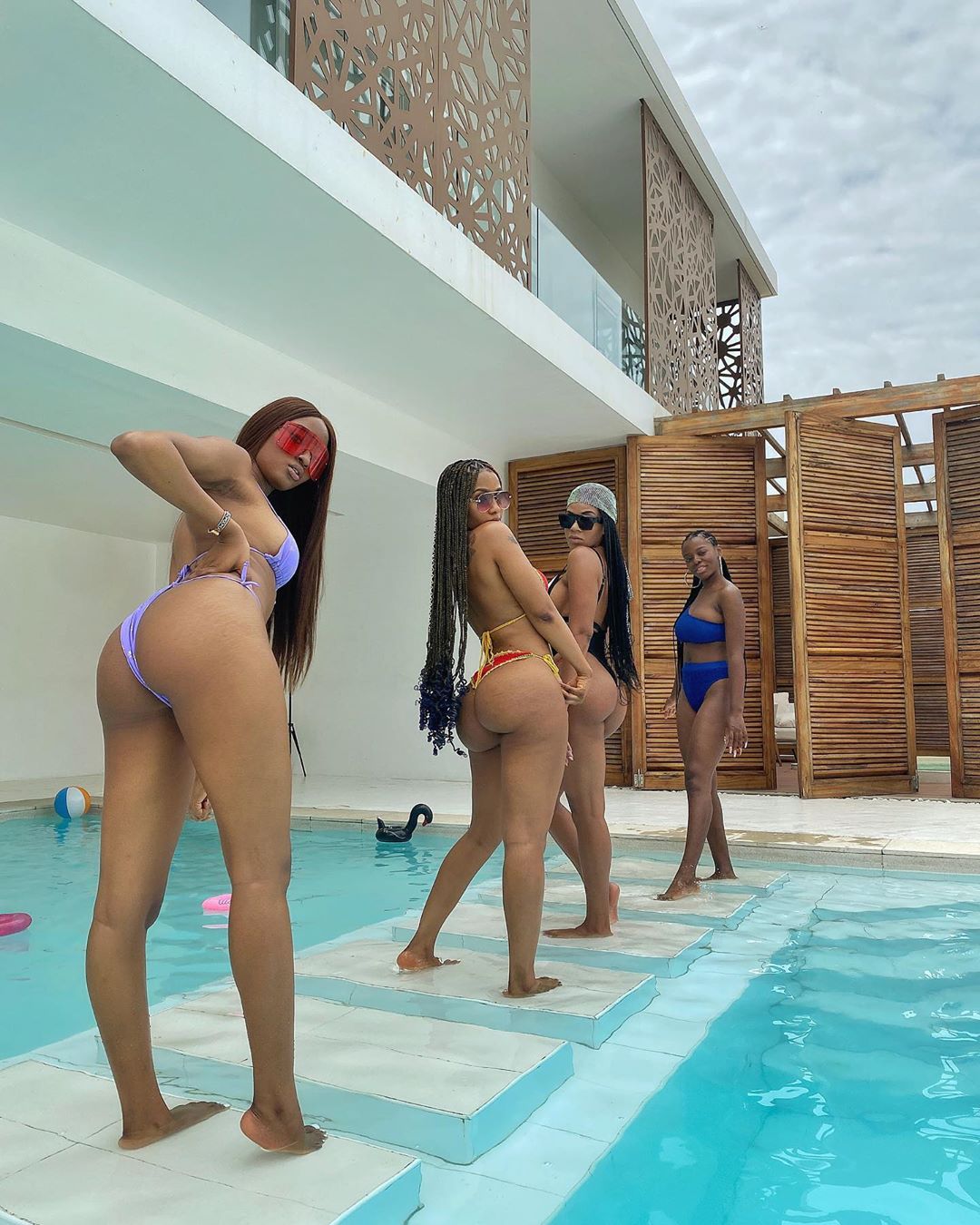 As expected, Twitter users has given interesting reactions to this and others bata against themselves. 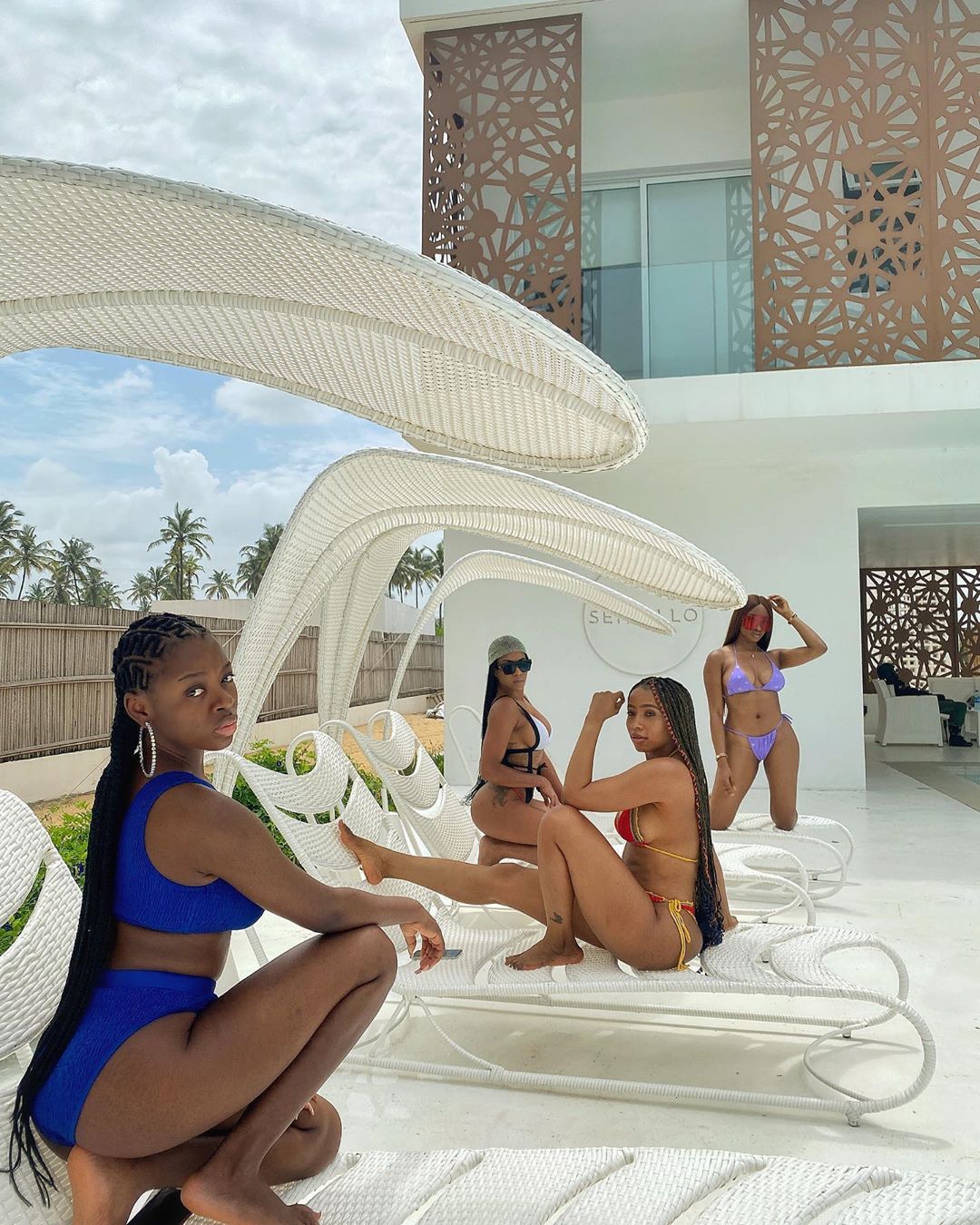 See reactions of house party sultry photos on Twitter below;

Premium Only reacted in favour of the ladies, he said;

“you wish you are living their lives but your mediocrity won’t let you, carry your hijab and enter pool if it’s giving you palpitations.”

But, Thami reacted against Adewolu’s statement, he said

“your momma sister are ashawo”

See below photo of chats:

Bunch of prostitutes.. deep down they don't like each other

Anyway, this is me giving una free services, next time una go pay for am o. #CoverUp pic.twitter.com/pd3h2vB3HQ

Another lady calls out Dbanj for inappropriate sexual behaviour towards her