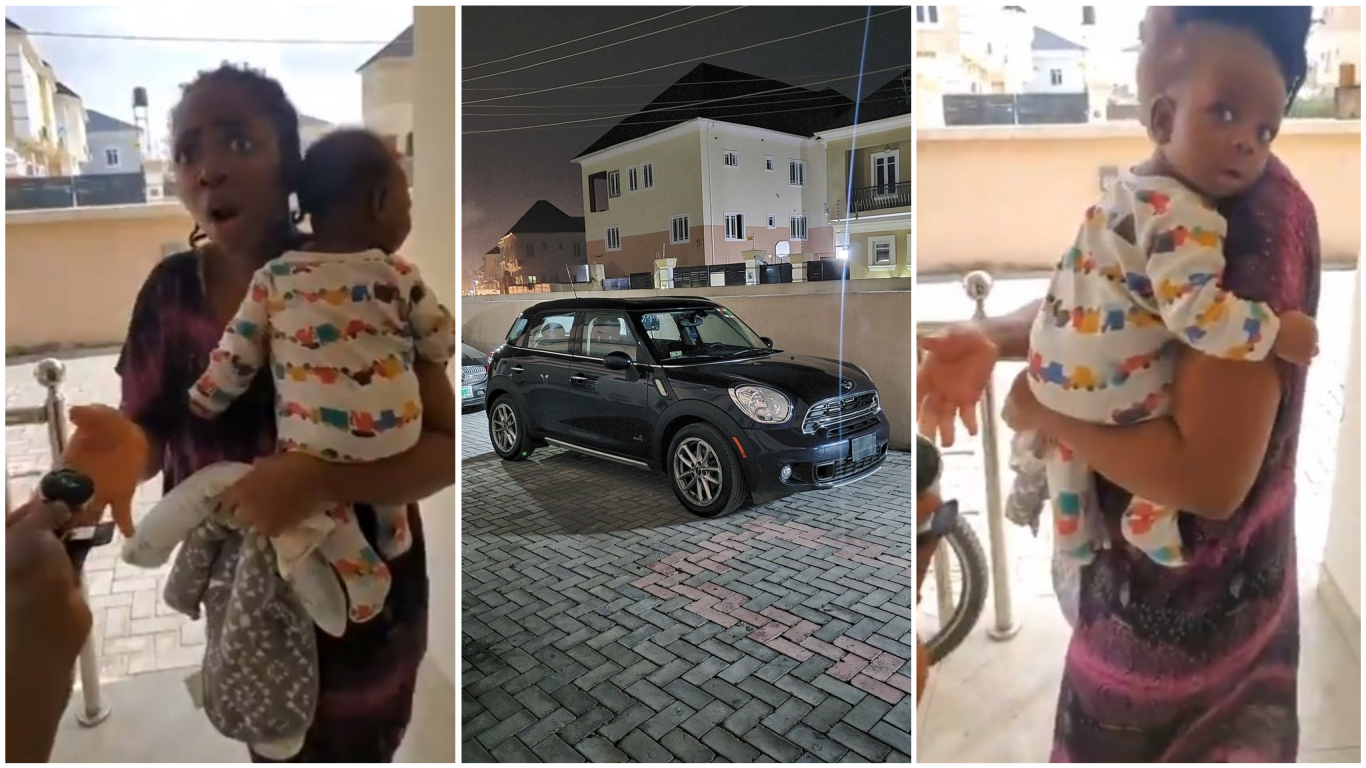 A Nigerian man identified with name @AdesojiMinkail on Twitter has rewarded his wife in a very beautiful manner with a car.

Before he gave the car, he had brought it into their compound the night before without informing her. The next day, he called her out to see it.

When the woman, a nursing mother, set her eyes on the new whip, she was short of words as all she kept saying was “baby baby” before she ran towards the car.

“Your husband is your king and not your mate” –…

On Sunday, August 23, the man’s first tweet was captioned with “Let’s see how long it takes for her to notice”.

In a subsequent tweet, he shared the video of the presentation of the car key and how his wife responded while carrying their little baby.

#BBnaija: Kiddwaya is the only person that matches my energy – Nengi to Ozo