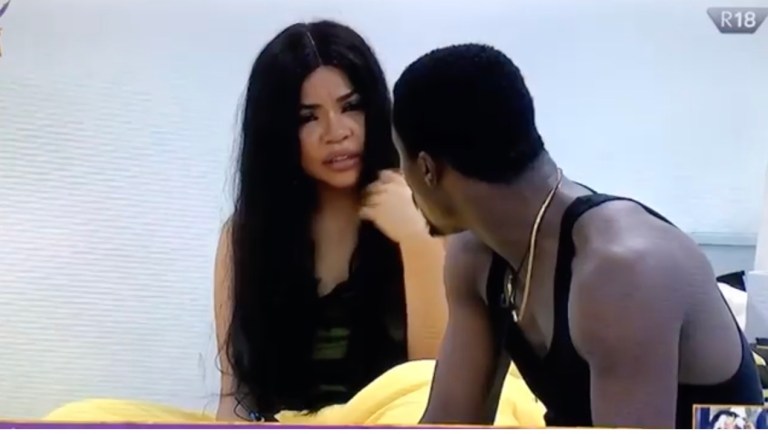 Saturday night was a big one for the final five Big Brother Naija housemates as they celebrated their last night in the house with a lavish All White Party, featuring all evicted housemates from the start of the season.

However, disqualified housemate Erica, was not a part of the festivities.

The final five were cordoned off with a glass partition to prevent mingling, however, they were able to greet and dance with all their evicted friends throughout the night.

Joy turned into sadness, as after the party was over, Nengi broke down in tears because she felt a lot of the housemates ignored her at the event.

She was particularly heartbroken about Ozo ignoring her throughout the party.

“When I leave here, that friendship (with Ozo) is over,” Nengi told her fellow finalists, Neo, Vee and Laycon.

Watch the videos below