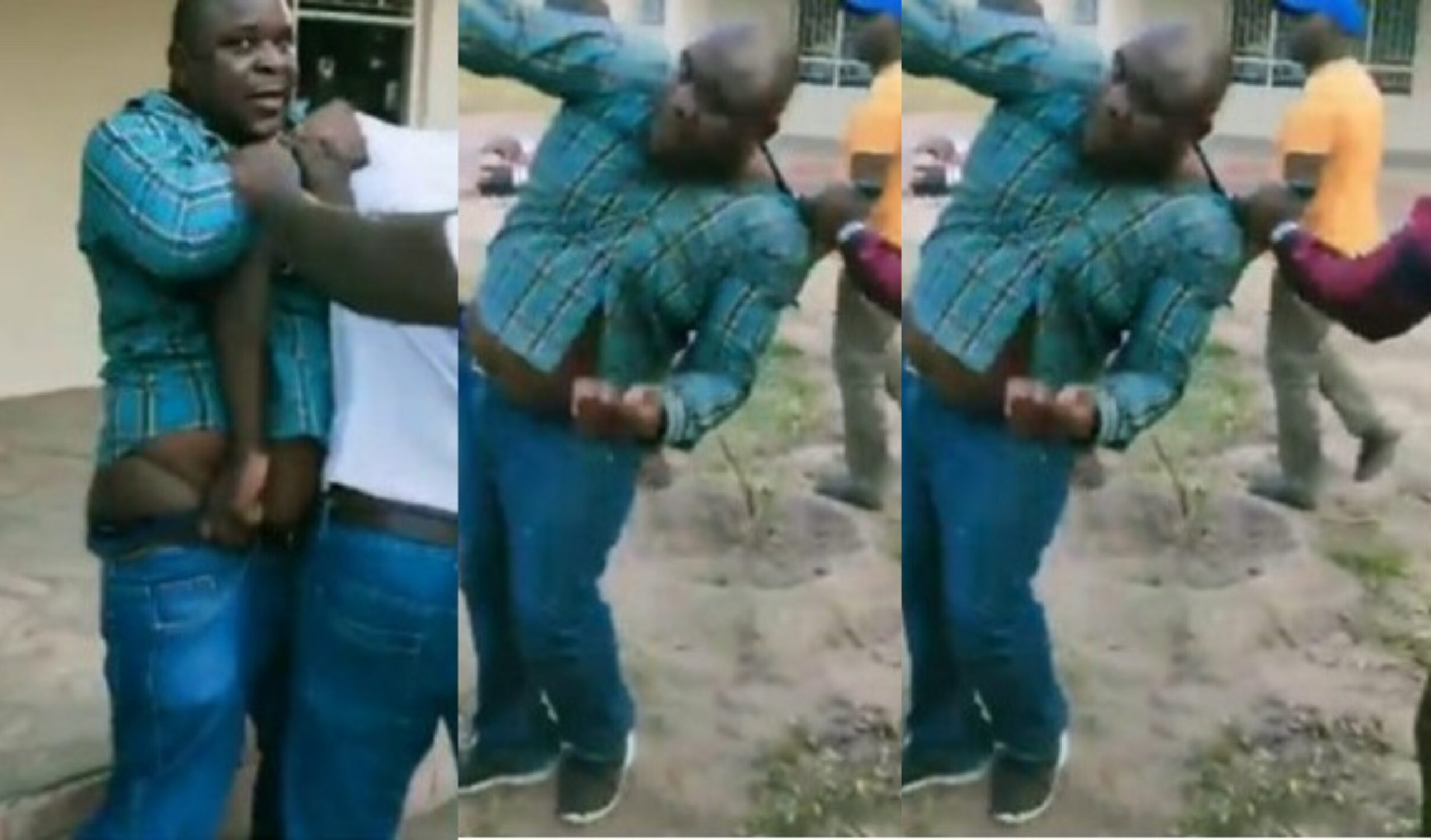 A man recently became the subject of physical assault after he was nabbed red-handed attempting to sleep with the wife of his boss.

The randy man found himself being pounced on by irate young men, while his boss’s wife fled from the scene leaving her ‘partner-in-crime’ to face the consequences of their actions alone.

Couples arrested for questioning after being caught making…

In a video of the said beating which was shared online, a man seen wearing an orange shirt is said to be the one who witnessed the adulterous affair and blew the whistle.

During the assault, some of the angry men reproached the employee for abusing the trust his friend and boss had for him.

Reports say the husband pleaded to have his cheating wife back despite the affair.

“I would never have allowed Ebuka leave me if we had dated” – BBNaija star, CeeC clears the air