Nollywood actress, Mercy Johnson-Okojie seems to be one of Nigeria’s screen sweethearts but it’s quite hard not to have some folks no dig her so well as majority of her fans would.

Rumors have been peddling in hush tones that Mercy Johnson has a lot of bad sides to her and people who believe she is perfect are in a for a shock. Well, a publication sighted on one of Nigeria’s topmost blogs, Kemi Filani opines that Mercy Johns stole her husband, Prince Okojie from another lady who was pregnant at the time. 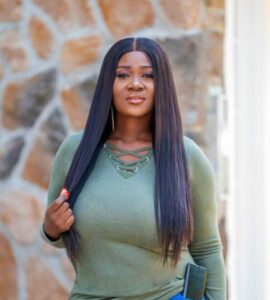 The wedding in 2011 was the talk of the town, not just because she is a celebrity, but also because she was tagged a ‘home breaker’ and a ‘husband snatcher’. 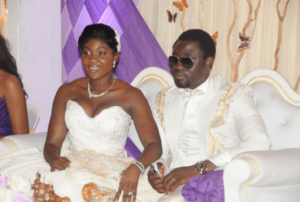 It turned out that Prince Odi was already married to one Lovelyn Okojie who lives abroad with their children. Reports about his former marriage were sketchy as some people claimed he was still legally married to her, while others said he was already separated from Lovelyn before he met Mercy Johnson.

Lovelyn released pictures to prove she was really married to Odi. It generated much noise in the industry, especially after the actress fixed her wedding date. The wedding later held and Lovelyn moved on to marry another man and bore him a son.

Many predicted that the marriage between Mercy Johnson and Prince Odi wouldn’t last, but the actress and her Edo prince have sure proved them wrong. Mercy and her husband took to social media days ago to celebrate 9 years of marital bliss.

To mark her special day, the mother-of-four posted a video of her family on her Instagram page and wrote, “Today makes it 9yrs @princeodiokojie and I started our journey..its been an awesome ride….starting and ending my day with thots of you and you only. You are so worth it babe, I Love you today and always.”

She added, “Last year we went to Dubai and I came back with Divine-Mercy …  Relax guys, I no go holiday this time so no worries… Purity Osebhajimente Okojie rapu dim aka oooo…  and Henry matter don tire me….”

Erica and Kiddwaya’s relationship has no future – Bright O (Video)