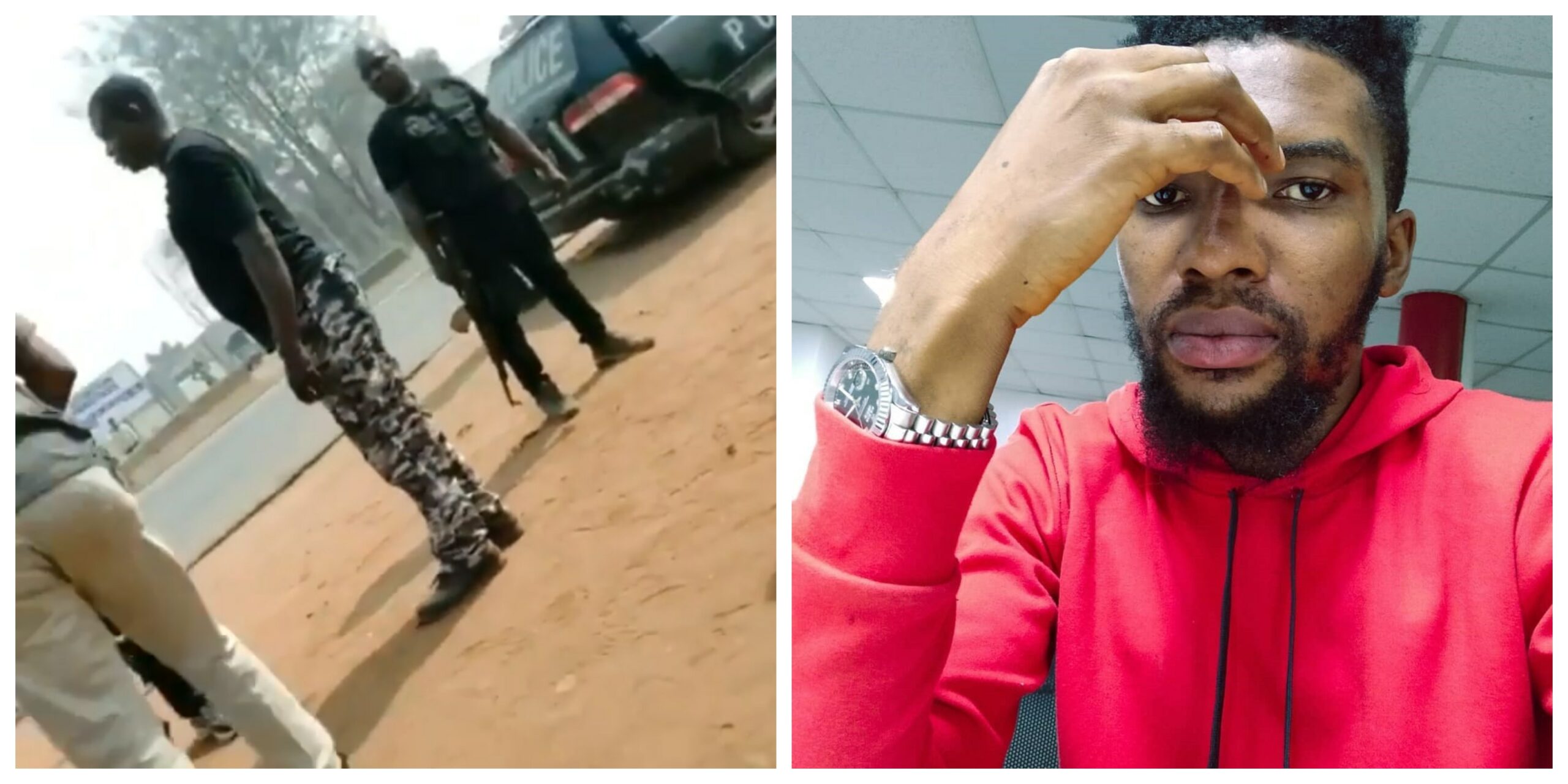 A young Nigerian photographer recently shared the terrible experience he had after he was kidnapped by men of the Special Anti-Robbery Squad in Oyo State.

According to the Twitter post of the young man identified as Ralph, his COVID-19 status saved him from further police harassment.

He Does This Everytime – Reactions As Davido Goes…

Photographer give model belle -Reactions as Simi reveals how…

Read his tweets below ;

I left Oyo town around mid-day to Ibadan earlier today, we were barely 15mins to the journey when our bus was stopped by men of the Nigerian Police. Those who ply that road very well would know that there’s a particular

“checkpoint” where policemen normally extort drivers. I was seated on the 2nd to the last row of the 18-seater bus with two ladies and two guys in the last row.

When they stopped the bus, they ordered us to come down, I and one of the guys at the back row. We were the only ones that looked “fresh” in the bus according to one of the officers. When we came down, they started searching our pockets, I had a lot of pockets because I was wearing a Denim jacket, black shirt, black trousers (not ripped) and a pair of shoe. I was also holding a sling bag which contained, my camera, wallet, charger, my 2nd phone, a shirt and my work ID.

After the search, they told the other guy to enter the bus, apologized to the driver and passengers and told them to go (without me). My heart started racing because it was in the middle of nowhere and my voice literally started shaking.

They started asking me different questions after I had shown then my work ID and camera for photography but one of them said that I was lying and that because my voice was shaking, I was definitely hiding something.

He seized my phone and my ID and told a policewoman to take me to the car with a driver already waiting. It was not an official car, it was a “Micra” (popularly used in Ibadan as taxi) but this was a blue one.

I refused to enter the car and the woman threatened to hit me, that I was going to jail. Jail ke, who did I kill? I insisted I wasn’t going anywhere with them because I did not do anything wrong, neither did they find anything on me.

The other male officers saw I was resisting and said: “Put am handcuff”. One of them came and pushed me into the car. While I was there, they had already stopped another car and picked another victim. I was scared because I have read stories of victims of SARS on twitter.

They asked the new victim to sit on my legs in the car while two of the officers sat on both sides then the journey started. While on the road, one of the officers collected my sling bag and took my other phone, which was a “Nokia torchlight” phone.

He opened my inbox and started reading my messages. He came across a message from NCDC that stated that I tested positive to COVID-19 about two months ago. He looked at me in disbelief and kept quiet.

I noticed his expression when he saw the message. I took the clue and said “I get Corona o”. The lady officer screamed and shifted away from me. I told them that I came out of isolation few weeks ago and I was still recovering.

The other officers started laughing because it seemed funny to them. They didn’t believe until the officer who held my phone confirmed that he saw the text. They stopped laughing and everywhere was quiet.

They drove us to a town called “Moniya” in the outskirts of Ibadan where there station was. When we reached, they asked the other guy to write a statement and they asked me to sit down. They gave me my phone to unlock, that was when I tweeted, they didn’t notice because

they thought I was entering my password. Unfortunately, the tweet didn’t deliver because my data was off. They started checking my phones and my ID. The lady officer was literally avoiding me now.

When they could not find anything incriminating, they asked if I could speak Yoruba, I said “No” which was not true. One of the SARS guy we met at the station even asked which country I traveled to that made me contract COVID-19.

That question surprised me because it only meant that he does not believe that there’s COVID in Nigeria.

About 15minutes later they agreed **in Yoruba** to let me go but I had to drop “10K for fuel”. I told them I had just 500 on my pocket and nothing else. They gave me back my belongings and asked me to go.

I told them I didn’t know the way to Ibadan and they described a place where I could get a cab to Ojoo. I was close to Ojoo when I noticed they didn’t give me back my work ID, I told the cab driver to stop immediately, I took a bike back to the station and collected my ID.

It was an quite an experience for me. But thank God it was not worse than that.

#BBNaija Fight: Dorathy becomes angry for the first time, blasts Lucy for walking out on their team (Video)