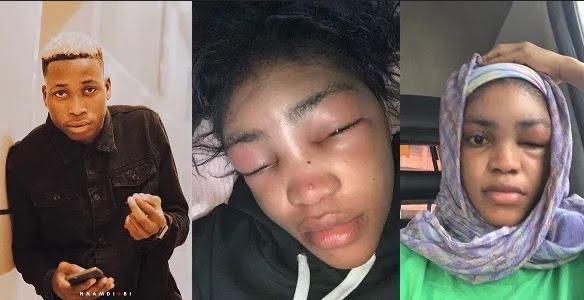 The girlfriend of Davido’s now-former artist, Lil Frosh, Gift Camille who was beaten black and blue by the artiste, has taken to her Instagram page to reveal why the fight ensued between them.

The gist of Lil Frosh assaulting his girlfriend, Gift Camille hit the internet yesterday and ever since they have been a buzz around it as some said the girl had slept with his friend.

Refuting the claims, she stood her ground that she did not sleep with his friend as she narrated what really happened between them.

According to her, on the 15th of September, she was on a phone call with her friend Benita when Lil Frosh came in and asked her to switch on her hotspot that he wanted to use it to have a video call with his mom’s lawyer, she did as he asked.

But after on, he asked that who is she on the call with, further instructing her to cut the call because the network would be slow if they are both using it.

And that was where the issue started erupting.

You can read the full gist in the screenshots gotten from her Instagram stories below: 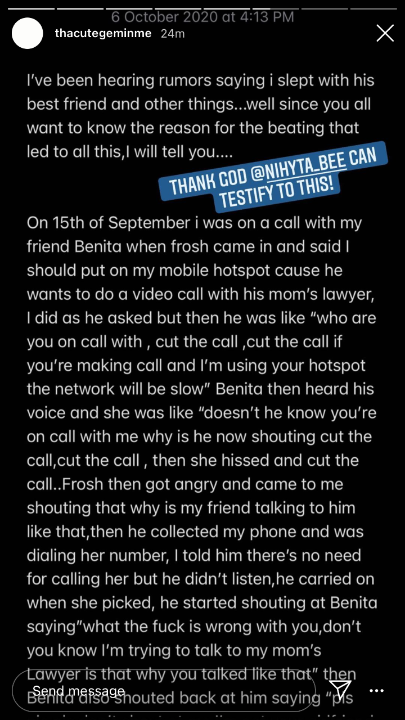 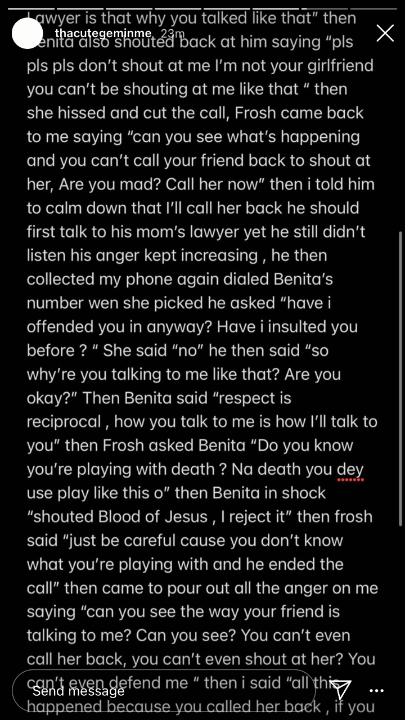 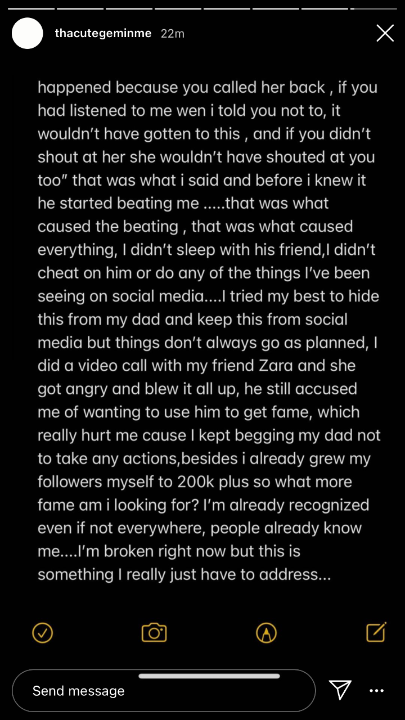