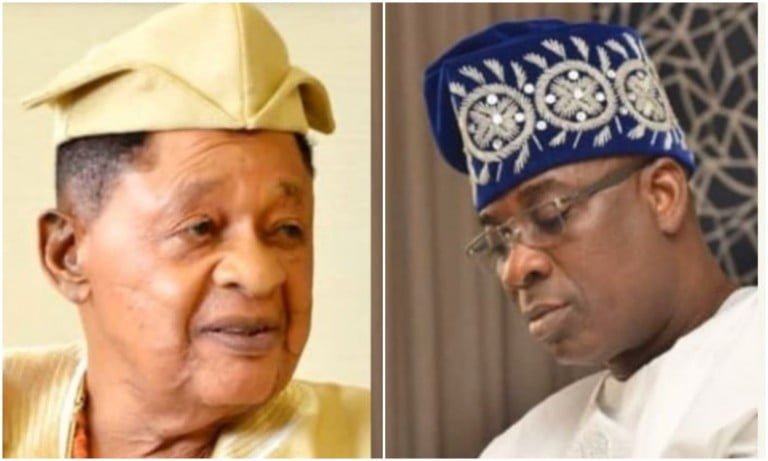 The association described the Ace musician as unfit to be bestowed with the title.

Recall that a popular radio presenter and event anchor, M C Murphy , was beaten and brutalized by the fuji maestro and his boys on Thursday night at the 60th birthday party of the Olu of Itori in Ewekoro Local Government Area of Ogun State, Oba Abdulfatai Akorede Akamo.

According to him, Wasiu Ayinde ignored me alongside my client, who is the Chief Executive Officer (CEO) of Olageospatial Global Investment Company (OGIC), Fasina Olajide.

Sorunke said the fuji star and some of his boys simply identified as KC and Gaji, came down from the stage and descended on him where he was sitting.

The broadcaster said it took the intervention of some his followers and other members of the gathering to rescue him from the angry fuji star and his boys.

Sorunke’s cheeks and lips were swollen as a result of the alleged pummelling by the fuji star.

The victim said he was disturbed by the development because he had been a long-standing admirer, associate, and promoter for Ayinde’s brand of music.

Sorunke, however, said Ayinde later lamented his action and apologized to him.

He said he decided to take the matter public and seek justice to serve as a deterrent to the musician who according to him, has a penchant for beating up people at slight provocation.

Addressing newsmen on Friday,the FIBAN President, Desmond Nwachukwu described the incident as unbecoming of the fuji star and holder of Mayegun of Yorubaland title.

“We would like to tell his Majesty that, Yes, we are all humans and we can make mistakes. This is a grave mistake he has done because as far as we are concerned the holder title of Mayegun of Yorubaland must be a man that command respect and carry himself pretty well, understanding that the image of his Majesty and the entire Yoruba race is what he goes about with

“We like to tell his Majesty that it is not too late to strip him of that title. We have to understand that this is Yorubaland and this is where culture and tradition are held with a lot of candor.

“And I say without any reservation that the conduct of Wasiu Ayinde Marshal, at the 60th birthday of the Olu Itori, is the least expected. He does merit the title by that conduct.

“It is not just a slap on broadcasters in Nigeria and across the world, it is indeed a slap on the Yorubas…,” he said.

When contacted, Ayinde’s media manager, Kunle Rasheed denied the involvement of his boss in the violence at the party.

Rasheed in his reply to a text message, said “Nothing of such happened. Anything that happened to him has nothing to do with Alhaji (referring to Ayinde).”