Why?- Laycon replies fans who asked if he will apologize to Erica 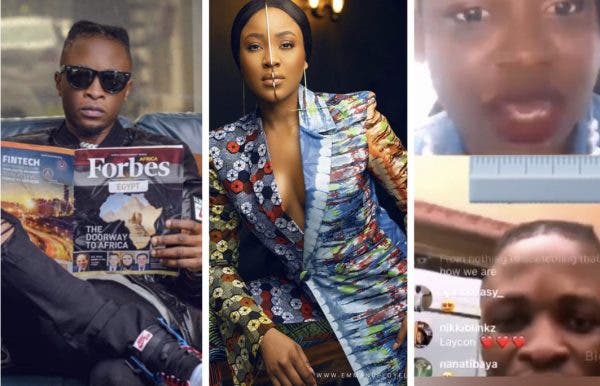 Big Brother Naija Lockdown winner Laycon in a viral video, has replied to a fan who asked him if he will apologize to Erica.

that Erica and Laycon were once friends at the beginning of the show, but became rivals after Erica insulted and dehumanize Laycon during their altercation in the house which led to her disqualification from the show.

Erica later confronted Laycon and demanded an explanation after she heard Laycon tell Ebuka, that she tried to kiss him when she was intoxicated in their Saturday party.

Erica who did not take Laycon’s answer well, demanded an explanation which led to her raining abuse on him. Erica in their altercation, wished Laycon death, as she said Laycon would die before he turns 50 and that he would commit suicide.

Today when asked in an interview, Laycon questioned why he should apologize to Erica, as he replied that he didn’t understand the question being asked by the fan.

Woman narrates encounter with a lesbian in a club toilet