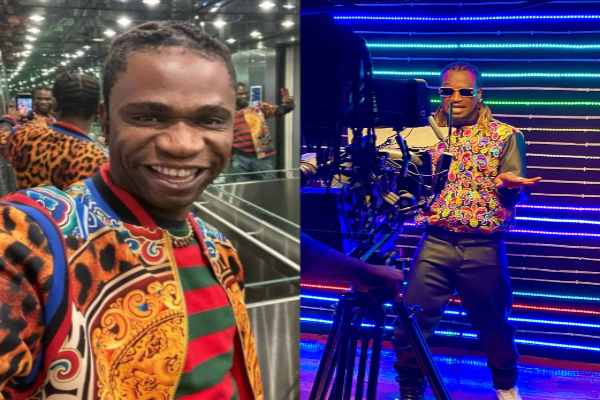 According to Darlington, the idea of a multi-coloured jacket Paul was seen wearing, was his and no one has the right to steal his idea or copy him. He added that the singer intentionally copied his outfit to seek attention.

Speed Darlington however advised the singer to be original and stop copying his outfit.

”Copy copy, be original. Oh wait you think because we speak the same language i won’t mind? Or maybe everything is a plan. you probably know i talk a lot so copying me may trigger me to say something which boosts your slow career; who knows.”