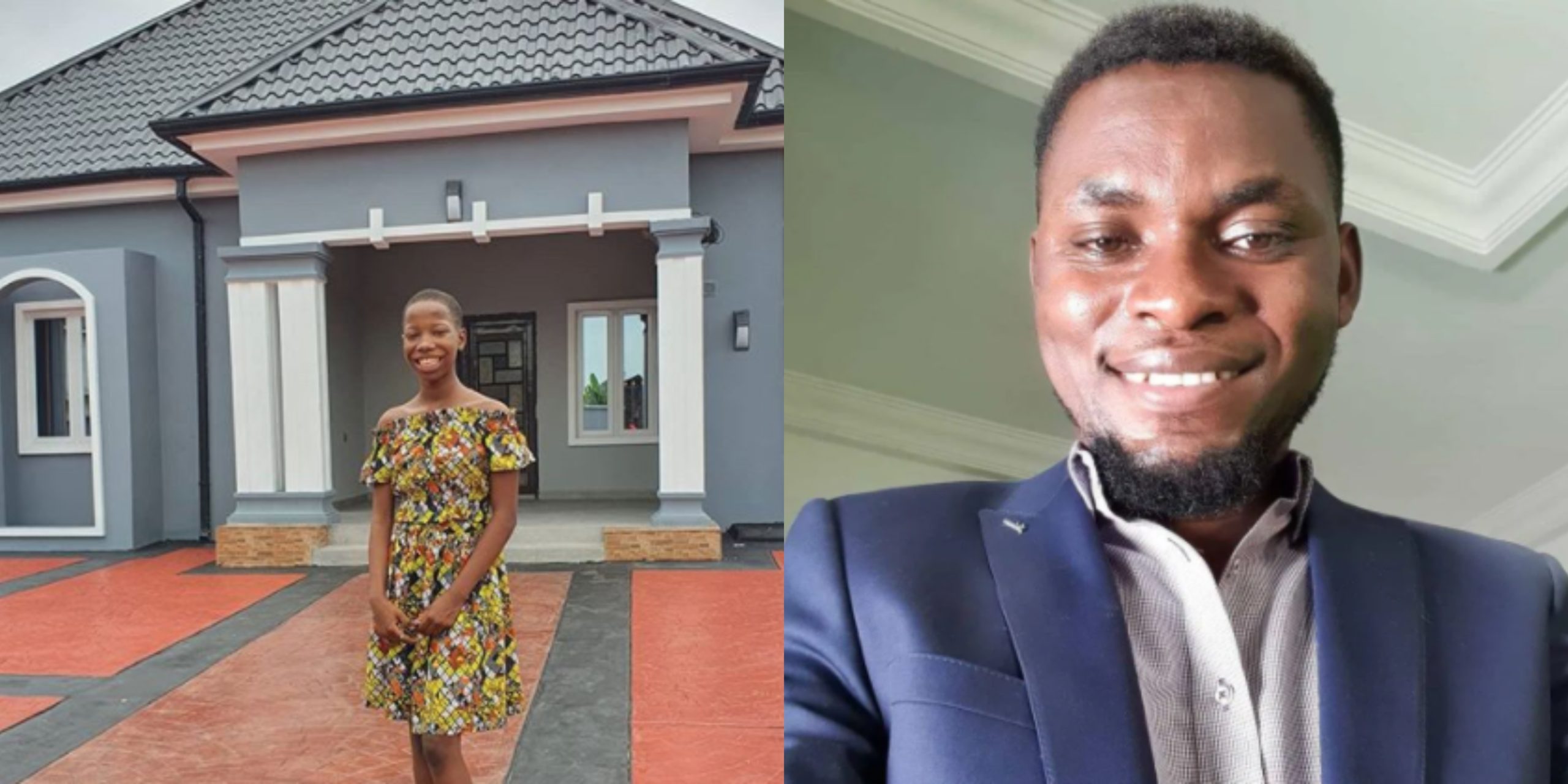 Mark Angel, the producer of popular comedienne, Emanuella Samuel, says the 10-year-old can afford whatever gifts she decides to get her parents.

Social media has been abuzz since the 10-year-old comedienne announced last week that she built her mother a house.

Emanuella gives a tour of house built for her mother (Video)

Lovely photos of Comedian Akpororo and his wife as they…

“I built this for you mom. For all the prayers; all the encouragement and support. Mummy, I know you said you want a portable house and this is it. But forgive me because I must complete your mansion for you next year.

“Don’t worry, it won’t make us go to hell; my super Christmas mummy. I love you,” Emanuella had captioned photos of the house in a post on her Instagram account.

There have been comments from some social media users who were of the opinion that the young actress should also build a house for her father.

However, speaking on Monday in a PUNCH Facebook Live Interview, Emanuella said the house gift also belonged to her father.

“I wanted to buy another car for my dad but Uncle Mark now told me to save more money and build the house that I promised my mom. So, I talked with my manager and they built the house and furnished it. See the house now, is it not fine?

“If it is for my mom, it is for everybody; it’s for my dad too. My dad is married to my mom. After all, they are living together.”

Emanuella attributed all that has been happening in her life to “God’s grace”.

“Everything is God’s grace. I never ‘experrit’. When God wants to use you, He will use you at the right time,” she noted.

Emanuella’s producer, Mark Angel, also said in an interview with The PUNCH that the young actress could afford to build the house.

The 10-year-old came into limelight with her funny skits which she posts on her social media accounts.

The award-winning comedian is an ambassador to several brands.