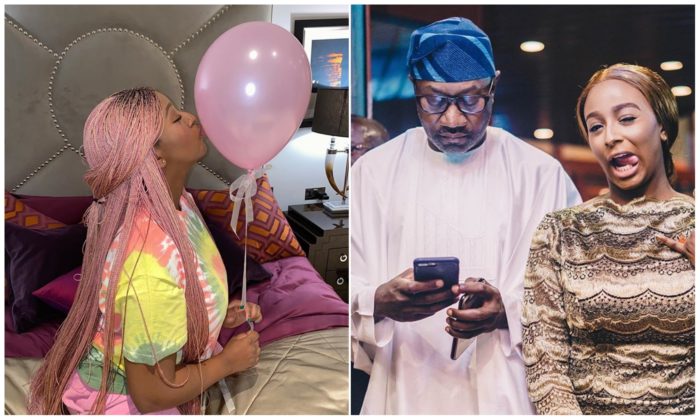 She has been receiving messages from fans as well as family members and one came in from her billionaire father, Femi Otedola as he took to social media to celebrate her in a humorous and least expected way.

See also: People that sell food from the boot of their cars have the best stew – Ebuka claims

Otedola sharing a photo of himself and Cuppy, described her as a ‘fun angel’ but shockingly prays that God gives her the strength to not disobey her parents.

May God give you moral strength to not disobey your parents lol … F.Ote

2023: I will become President like Joe Biden – Pastor Tunde Bakare