US election: Trump acknowledges for the first time that Biden won, but says the election was “rigged” 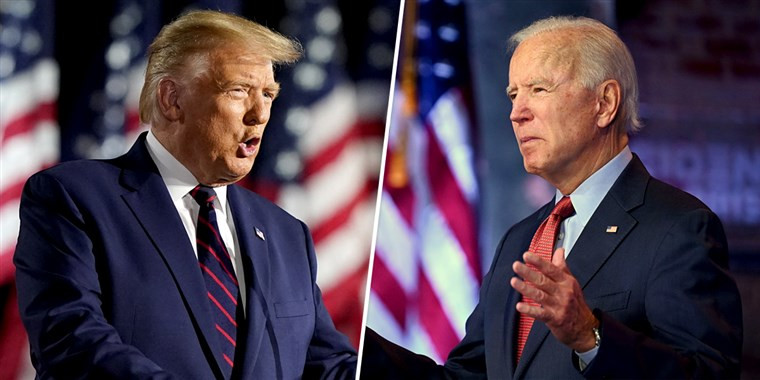 US President Donald Trump has for the first time since the election, acknowledged that President-elect Joe Biden won the US presidential election.

Trump admitted in a tweet as he claims that the election votes were rigged against him.

Donald Trump insists the US election was…

He tweeted that  “NO VOTE WATCHERS OR OBSERVERS” were allowed in the polling places, but this is simply not true and can be easily disputed by the witness statements and video evidence of polling place observers watching the ballot count all across the country.

He won because the Election was Rigged. NO VOTE WATCHERS OR OBSERVERS allowed, vote tabulated by a Radical Left privately owned company, Dominion, with a bad reputation & bum equipment that couldn’t even qualify for Texas (which I won by a lot!), the Fake & Silent Media, & more”

This is the first time Trumps is admitted and acknowledging that Joe Biden won the US election ahead of him.

He only won in the eyes of the FAKE NEWS MEDIA. I concede NOTHING! We have a long way to go. This was a RIGGED ELECTION!