There is an ongoing drama between popular blogger, Tunde Ednut and controversial crossdresser, Bobrisky, which have seen the two of them exchange words.

In a latest update, Tunde Ednut has threatened Bobrisky on social media as he blasted the popular controversial crossdresser over an issue but refused to reveal the specific misunderstanding between them.

See also:Aisha Yesufu advises married couple on the first person to keep out of their marriage

According to Tunde Ednut, it’s very risky for Bobrisky to piss him off because he will expose him, and the police will be at his doorstep.

“Bobrisky I didn’t want to comment here but don’t let me expose you unless if you want the Police to be at your door step. It’s very Risky to piss me off.” He wrote.

This comes after Bobrisky had earlier called him out as he revealed that he would expose the blogger as he lives in Atlanta with no official emigrant papers.

Check out the screenshots and reactions below; 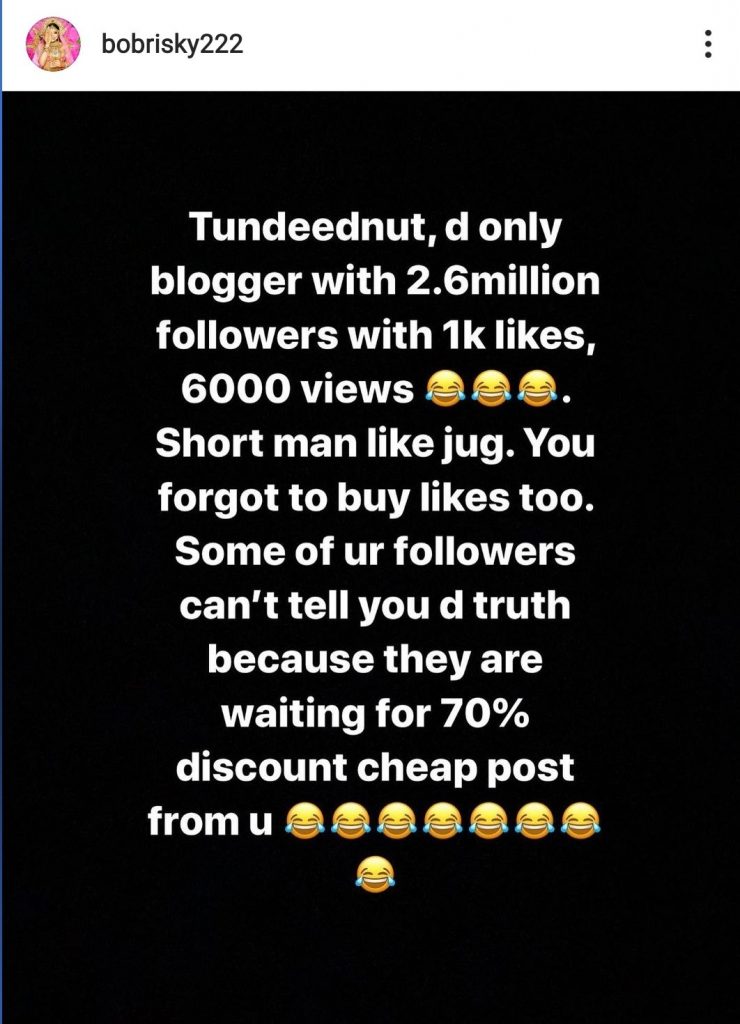 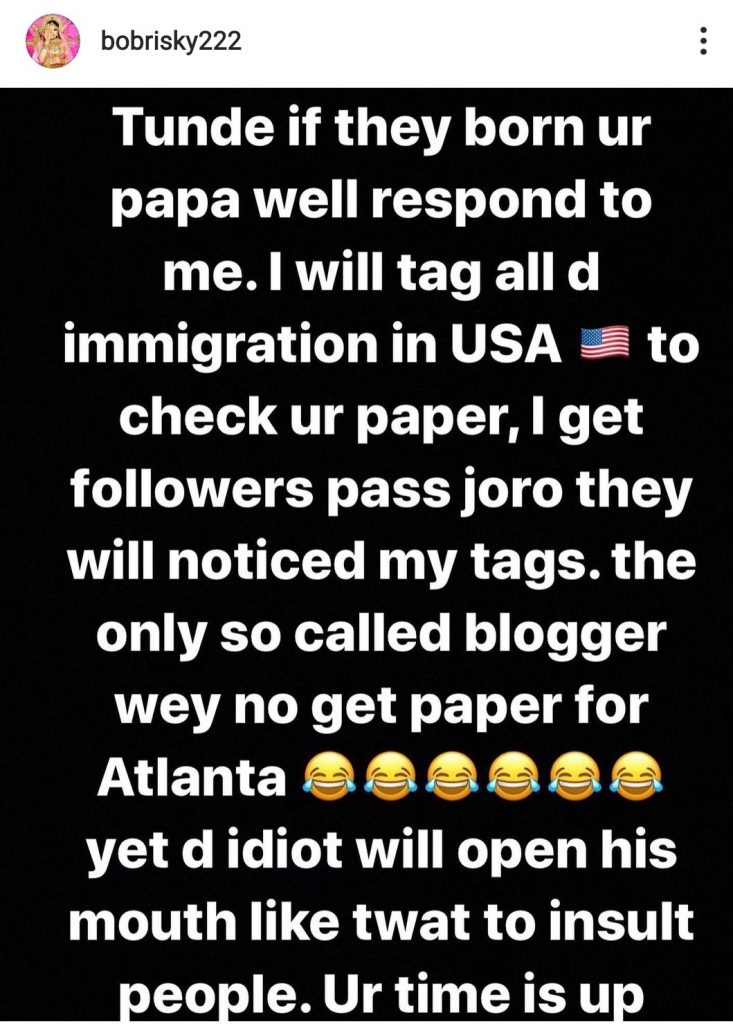