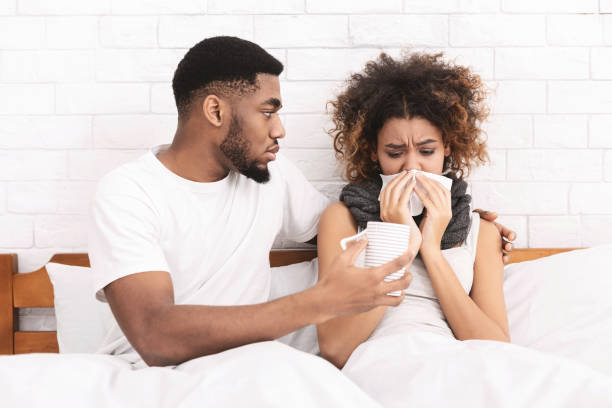 A woman identified as Toyin Bello, has complained in a Customary court in Ibadan that her husband of 16 years, has not slept with her in 10 years.

The woman who petitioned the Ile-Tuntun Customary Court in Ibadan to dissolve her 16-year marriage to her husband, Dotun, cited lack of productivity, irresponsibility, and sex starvation as her reason.

Toyin, a resident of Soka area in Ibadan, told the court that when she could no longer bear the shame of childlessness, she compromised righteousness and got pregnant for another man to shield her husband from the shame of old age.

She added that about six years after the death of the legitimate child she had for Bello, he adamantly refused to make sexual advances to her and she became worried.

See also: NYSC is a wonderful thing – Yul Edochie says as he recounts his service experience in Osun state

“Then, I started running from pillar to post; seeking spiritual and other available solutions towards getting pregnant for him.

“Dotun himself went to the hospital, but he never showed me the result of the test conducted on him in spite of my numerous demands.

“When Dotun was not at home one day, I saw

the result where he hid it and it read: `unproductive due to low count discharge`.

“With age not on my side any longer, I did the needful by secretly getting pregnant for another man so as to make him happy.

“Immediately after delivery, Dotun started misbehaving as he became grossly irresponsible and hostile to me and to the child.

“In fact, for the past 10 years now, he hasn’t slept on the same bed with me let alone touch me and I’m already feeling the trauma.

“Despite Dotun’s disaffection and

“Despite Dotun’s disaffection and irresponsibility to me, he is also taking steps to kill me so as to inherit my house and claim the child that doesn’t belong to him.

“That is the reason why I have fled home to start sleeping in our church at Asi area in Ibadan.

“My lord, I cannot continue to waste my time with Dotun; age is no longer on my side; please dissolve our union,’’ Toyin cried.

Bello, however, opposed the suit, praying the court to help pacify his wife because she was a rare gem by being merciful to him.

He accepted he once had low count discharge, but he quickly pointed out that he had since taken care of himself.

“My lord, Toyin denied me my conjugal rite most of the times, usually complaining that she was tired having worked all through the day.

“In fact, there was a particular night I broke the door into her bedroom, but she was shouting that I wanted to rape her.

“The only mistake I made was that I didn’t report the incident to her relatives,’’ he stated.

In his ruling, the Court President, Chief Henry Agbaje requested the duo to produce more evidence to substantiate their claims while urging them to involve their relatives to resolve the matter amicably.