2020 was for Ned Nwoko, 2021 is for Dangote – Nigerians react to Dangote’s viral buttocks video 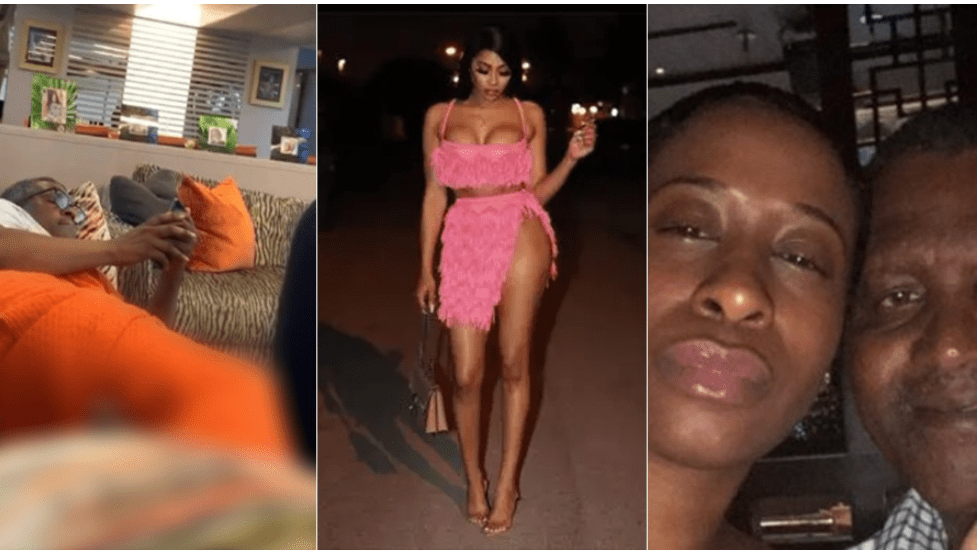 Nigerians have reacted to the relationship drama of Africa’s richest man, Aliko Dangote. In the past 24hrs, the billionaire has had his name dragged by women who claim to have had an affair with him at one point in time.

The women identified as Bea Lewis and _allarounda1 took to social media to battle out who the real mistress of the richest black man on earth is and it’s caused such a mess that they began circulating intimate images with Dangote.

The business tycoon has been trending on social media all day as Nigerians express different views on the scandal.

SEE ALSO: Paternity Fraud: Man dies of heart attack after finding out his two kids are for his wife’s boss

A Facebook user said 2020 was for Ned Nwoko, 2021 is for Dangote.See some reactions and comments below; 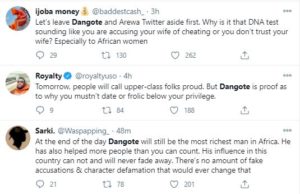 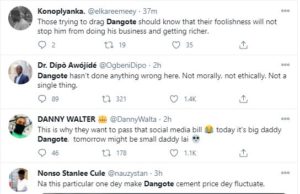