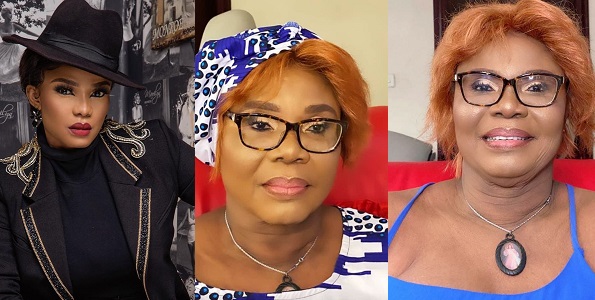 Nollywood actress, Iyabo Ojo has revealed the plans she has for her late mum. Victoria Olubunmi Fetuga.

Recall that on the 21st of November, Iyabo’s mum passed on and she was buried a few days later.

According to the mother of two, today makes it 41 days her mum was said to rest. She described her exit as a glorious one and also promised to throw a very big party for her on her one-year remembrance.

“If beauty was a person” – Iyabo Ojo, others gush over…

Sharing a video from her mum’s burial ceremony, the 43-year-old wrote;

‘My sweetheart mama it is exactly 41 days today that we laid you to rest.. it was indeed a Glorious exit… I will forever love you.. and you will forever live in my heart… Love you guiding angel, keep resting… 21st Nov 2021 is going to be all about you, it’s your 1year remembrance.. ama throw you a very big party to celebrate..you sweet mama Victoria Olubunmi Fetuga’

A Widower In His 60’s And A Divorcee In Her 50’s Find Love Again! See Beautiful Wedding Photos