Comedienne Princess Explains Why Her Marriage Lasted For Only 2 Weeks 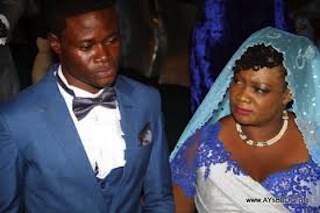 Nigerian comedienne Oluwadamilola Adekoya popularly known as Princess has revealed the cause for the breakup of her former marriage.

In a recent interview with TVC, the comedian noted that she is to blame for the failure of her marriage because of some mistakes she made that made her marriage to last for only two weeks.

READ ALSO: Yul Edochie celebrates 39th birthday as he reveals plans to run for President in 2023

In her words: “I take the blame for the failure because it shouldn’t have happened. I was stupid, plain and simple,” she said.

“You know I am a romantic. Love is not enough. A counsellor said to us it is better to have a broken engagement than to have a broken marriage. Automatically I said we have given out IVs. How are we going to do that? When it happened, the first thought that came to my head was that we should have just cancelled since that was my birthday.”