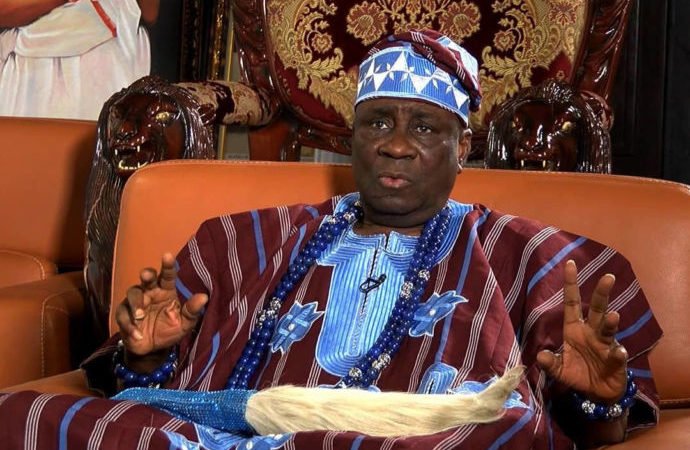 Rilwan Akiolu, the Oba of Lagos, is said to have returned to his palace on Friday — two months after a mob invasion during the #EndSARS crisis, the Cable reports.

In October, there were demonstrations against police brutality across the country, organised under the #EndSARS campaign.

However, hoodlums had hijacked the protest and launched attacks on various public and private buildings across the country.

Oba of Lagos makes first public appearance after his palace…

On October 21, 2020, after the #EndSARS protest had degenerated into a crisis in some states including Lagos, a mob had broken into the palace despite the presence of soldiers, and attempted to set fire to the premises.
However, military officers intervened and Akiolu was rescued from the palace, while buildings within the premises were vandalised.

Akiolu’s staff of office was also seized, and a young man was later seen in a video on social media, running away with the item.

The staff of office was later said to have been found.

The Lagos council of obas described the invasion as a “sacrilege”, just as other individuals and organisations condemned the attack.

Confirming the Oba’s return after 10 weeks, Oreoluwa Finnih, senior special assistant to the Lagos governor on health, tweeted that the monarch returned to the Iga Idunganran palace on Friday.

She also posted a video on her handle, which showed the traditional ruler wearing a face mask and dancing — he was also surrounded by persons who appeared to be other title holders, praise singers, and guards.