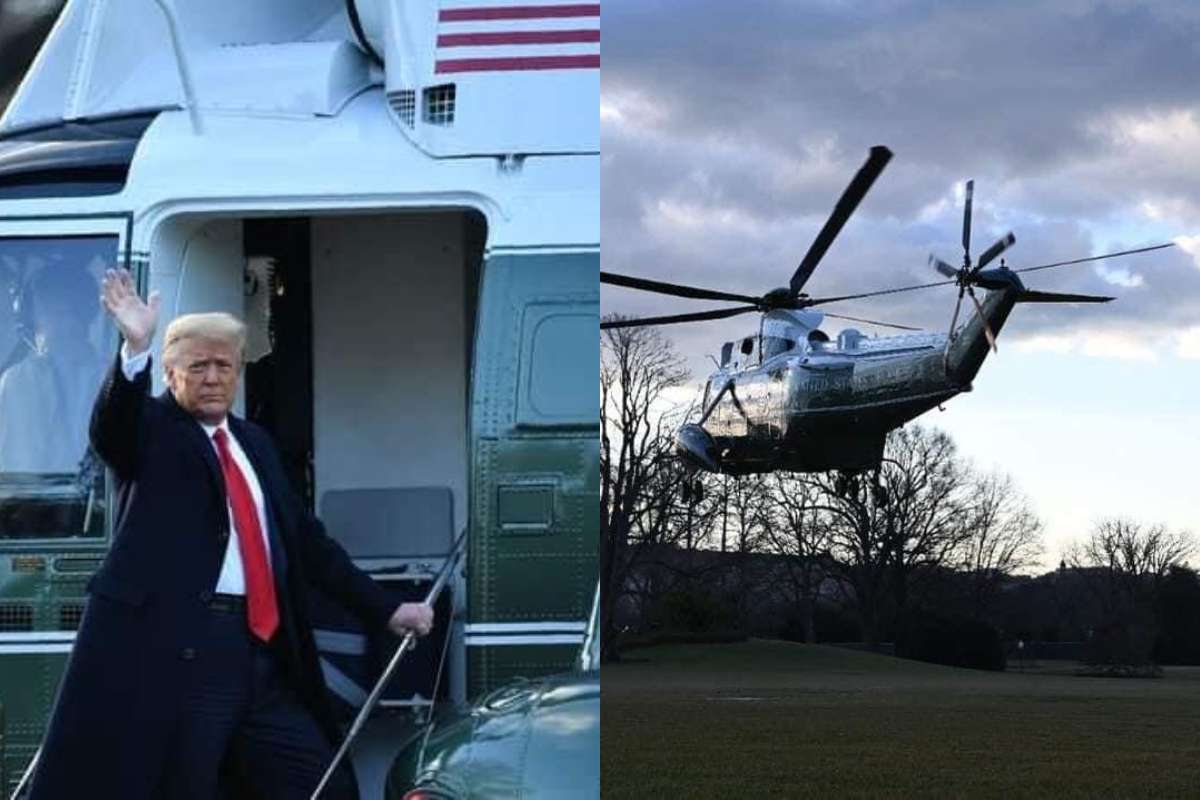 The now-former US President Donald Trump has departed the White House by helicopter, on his way to a ceremonial send-off at Joint Base Andrews for his final day in office.

According to Trump while addressing reporters, he revealed that it had been a great honour and an amazing four years. Breaking with decades of tradition, Trump will not participate in the peaceful transition of power and is skipping the inauguration.

The outgoing president typically departs shortly after the incoming president is sworn in. But Trump, who fought bitterly to overturn the results of the 2020 election, is skipping President-elect Joe Biden’s inauguration, instead opting to orchestrate his own fanfare-filled exit while he is still commander-in-chief.

Donald Trump also left a note for his successor before he left the Oval Office for the last time, a White House spokesperson for the Trump administration confirmed to the Guardian.

Wizkid excited as his baby mamas, Shola and Jada settle their difference and his sons, Bolu and Zion link up (Video)