Famous Nigerian DJ and daughter of billionaire, DJ Cuppy Otedola has warned people who are taking her kindness as a sign of weakness.

According to Cuppy, no one should ever take her kindness for weakness.

Mothers will be mothers – Reactions as DJ…

Reacting to this, the Disc Jockey’s father, Femi Otedola wrote;

“Louder for those at the back” 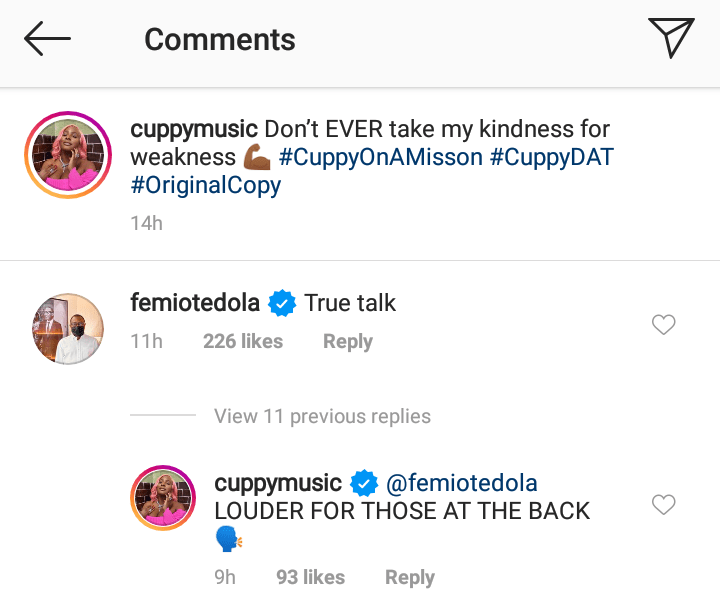 This comes few weeks after Cuppy sued Davido’s, P.A Isreal, for libel and defamation following the comments made by the latter over an alleged feud between Cuppy and Zlatan Ibile.

Recall Isreal had alleged that  DJ Cuppy used Zlatan to make money and refused to remit some of the money made to the singer. This he said was unfair Zlatan’s path, hence the reason why he took a bold step by staying away from her.CUppu

(Video) Davido opens up on his mental status, says he is mad