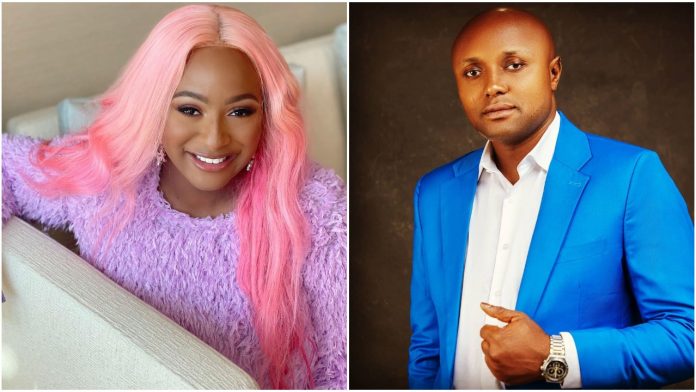 According to the recent reports, Babajide Koku & Co, who are the lawyers of billionaire daughter and disc jockey DJ Cuppy have written to Afeare Israel, an aide to DMW boss Davido  demanding an apology over his ‘libelous’ statement against their client.

According to the letter dated  February 10, it stated there was no breach of contract between DJ Cuppy and singer Zlatan Ibile.

“It is crucial to state that there are legal contracts that govern the relationship between our Client and Mr Zlatan Ibile; said contracts which very fairly and adequately cover the financial compensation of both artists, neither our Client nor Mr Zlatan Ibile have breached their contractual obligations in any way.

“The allegations in the statements made by you are completely untrue and constitute a grave libel upon our Client. We, therefore, write to demand that you immediately cease and desist from all libellous and defamatory statements of our Client, her business and her brand,” the letter read.

They also added that Afeare should respond within seven days.

“Furthermore, we demand that within seven days of receipt of this letter; (i) You write a letter to be shared with the public containing a suitable withdrawal and apology in terms to be approved by us on our Clients behalf. (ii) You provide us with your full assurance and an undertaking in writing that you will cease and desist from repeating the publication of those or similar allegation concerning our client,” they wrote.

The comes after Israel came out to say Cuppy did not compensate Zlatan for their hit song ‘Gelato’.

Funke Akindele hits the ‘gym’ ahead of Valentine’s Day