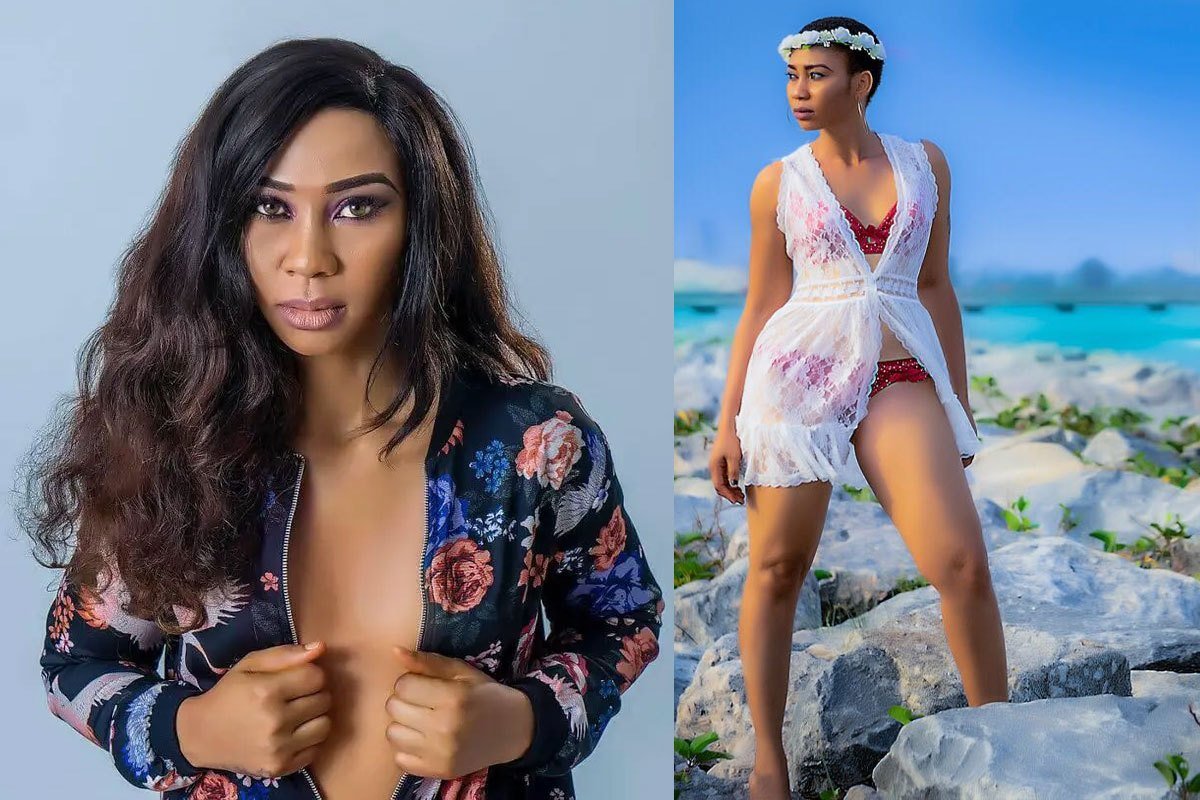 Nollywood actress and producer, Angela Samuda has revealed that she will not kiss in a movie because it will create a problem between her and her husband if she does.

In an interview with the Sun captured by Kemi Filani news, Angela Samuda said that she finds it very difficult trying to get her husband agree and allow her to play romantic roles. According to the Akwa Ibom State born script-interpreter, she can do anything else with the opposite sex on set but not a kissing scene.

“It’s not always easy convincing my husband for me to play romantic roles like that, but then, in the long run, he’s cool. He knows it’s my career. However, he would not accept any kissing scene.

READ ALSO: After building a house for her parents, Kid Comedienne, Emanuella buys brand new Lexus SUV for herself (PHOTOS)

I don’t like it, though. I can peck, smooch, lie on the same bed with the opposite sex and all but kissing is a no-no for me. If I am given a role with lots of kissing scenes and the story would be better portrayed with the actual kissing scenarios, I would have to explain to the director. I would suggest he should give the role to another actor. I am not sentimental or desperate when it has to do with my work. If I can’t do it, I’d suggest you give it to another.”

Speaking on her sexual harassment encounters, she said, “Oh yes, a lot. That’s one of the primary reasons I stopped acting for some time. I couldn’t own up enough to speak my mind; instead, I cry back home feeling so bad and how much have disappointed myself. When I thought it over and was woman enough to speak out, I bounced back. The moment you let them know that you know your worth and why you are in the industry, they have no choice but to respect you and know you are different. I don’t need to sleep with a producer, director, or actor to prove my worth and capability. God has been on my side so far.’

Angel Samuda also revealed her New Year Resolution, “My New year resolution is good movies only. Everything good. I also want to help as many people as I can. I always want to be me, do my very best, and leave the rest to God. To produce as many good movies as I can and help aspiring actors with promising talents.”

After building a house for her parents, Kid Comedienne, Emanuella buys brand new Lexus SUV for herself (PHOTOS)