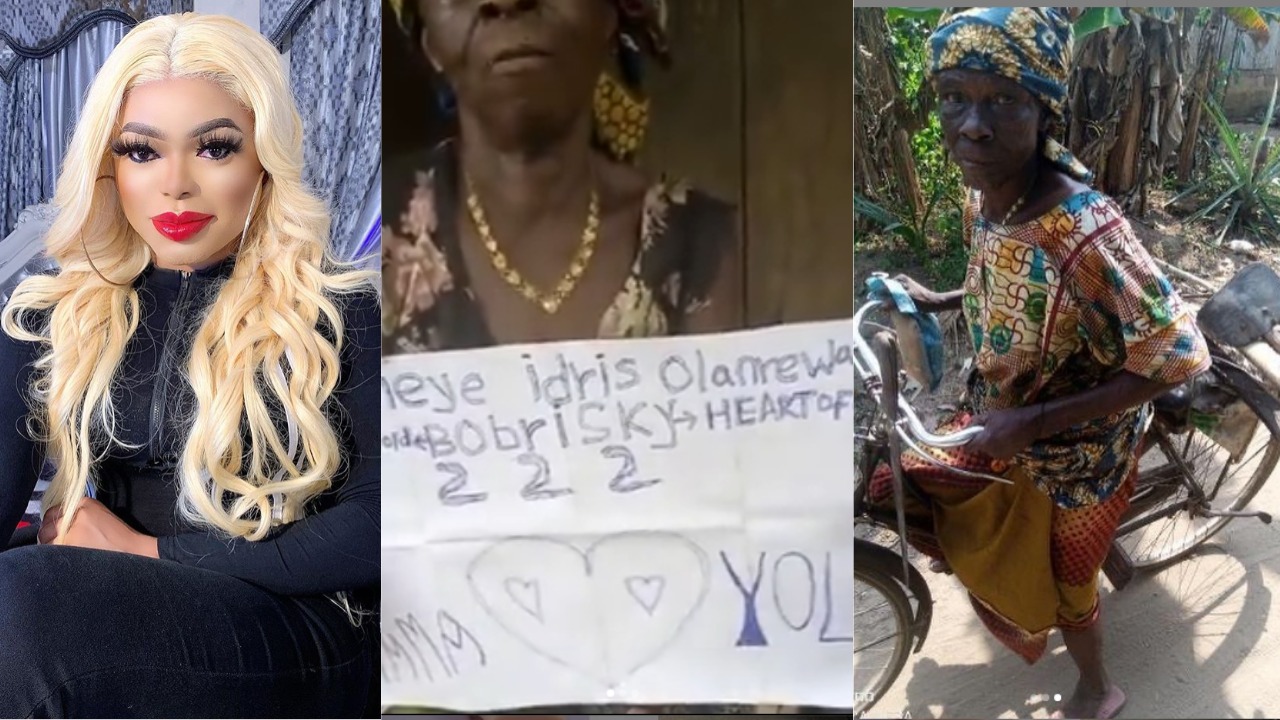 Recall that theinfong reported that popular crossdresser, Bobrisky had recently revealed juicy plans he has for an impoverished old woman who confessed her love for him.

According to the 28 years old, he wants to give the old woman a life-changing experience by getting her an apartment in Lagos and making sure she gets all the care and love she needs to live a comfortable life.

This comes after the brand-influencer came across a video shared by a fan identified simply as Goodluck of the moment he sang and praised the crossdresser for being a woman with a kind heart while his grandma held a placard.

See also: Bobrisky reveals juicy plan for an impoverished old woman who confessed her love for him

Well, the latest update revealed that Bobrisky has finally met with the Grandmother.

The crossdresser shared a video of Grandma and Goodluck eating in his house.

Captioning the video, the 28-year-old wrote;

“Yaaaaaay @goodluck155553 and his grandma are in Lagos. My house precisely! They need to rest I will update you guys tomorrow. One thing I know for sure is God has sent them to their helper. I repeat they should say goodbye to POVERTY from today on.”