‘My future son-in-law’ – Actress, Etinosa proposes marriage to Regina Daniels son on behalf of her daughter 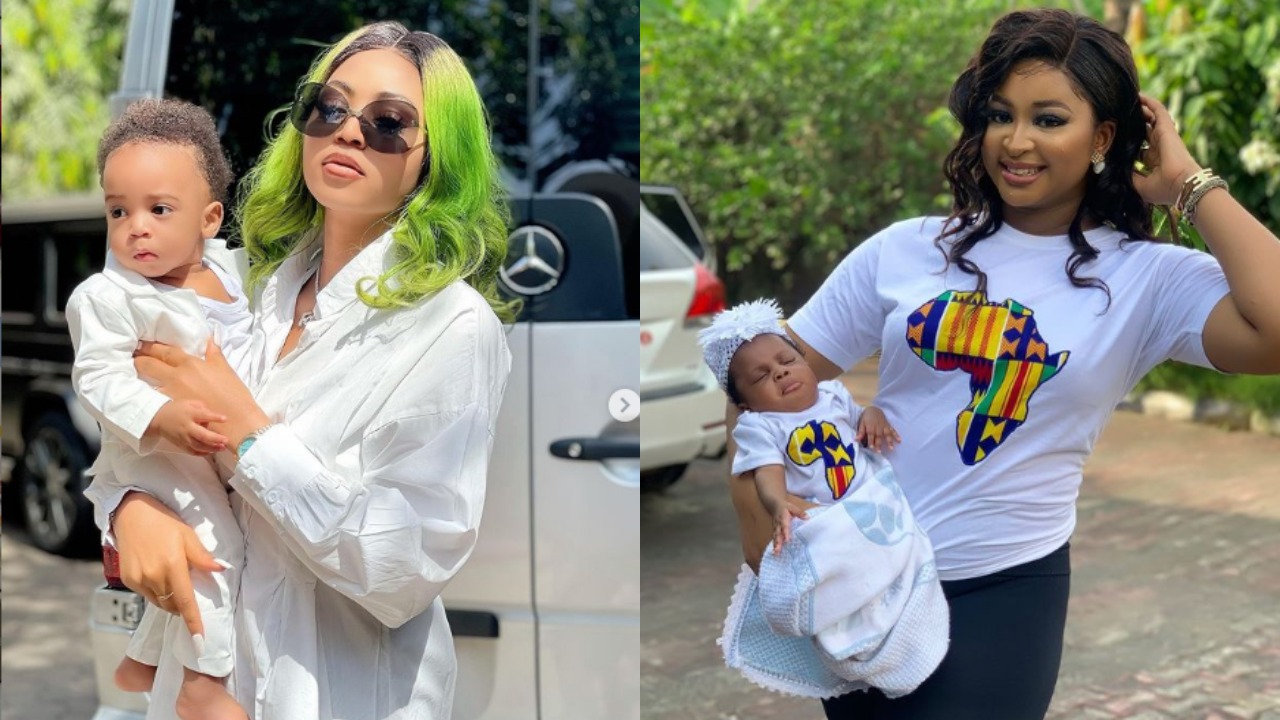 Nollywood actress, Etinosa has publicly proposed marriage to Regina Daniels son on behalf of her daughter.

According to Etinosa, Regina Daniels’s son, Munir is her future son-in-law.

She made this known in the comment section of the photo Regina shared of her son on Instagram. Captioning the photo, the mother of one wrote;

“Moon is growing…I’m such a proud mama”

“My future Son in law is growing…”

“@etinosaofficial hahahahaha we are coming”

@c.c_nnamchi101 wrote “@etinosaofficial don’t mind them, moon is your son in law. The gods have concluded.”