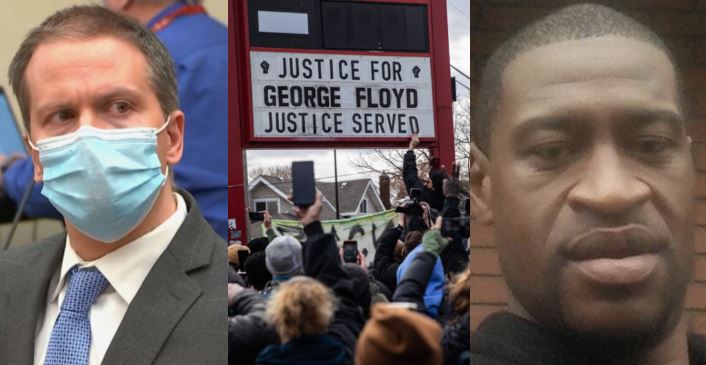 Former Minneapolis police officer Derek Chauvin was found guilty on all three counts in the death of George Floyd.

After the jury deliberated for over 10 hours, judge Peter Cahill read the verdict that Derek Chauvin was found guilty on all three counts for the death of George Floyd last May.

Chauvin sentencing hearing will be in eight weeks. The maximum sentence for second-degree murder is 40 years in prison, but Minnesota sentencing guidelines suggest he’s more likely to receive up to 15 years.

According to reports by the New York Times, People in Minneapolis and other cities gathered in reaction to the verdict on Tuesday, describing it as a legal and symbolic victory honoring the life of George Floyd. The death of Mr. Floyd spurred the largest civil rights protests in decades.