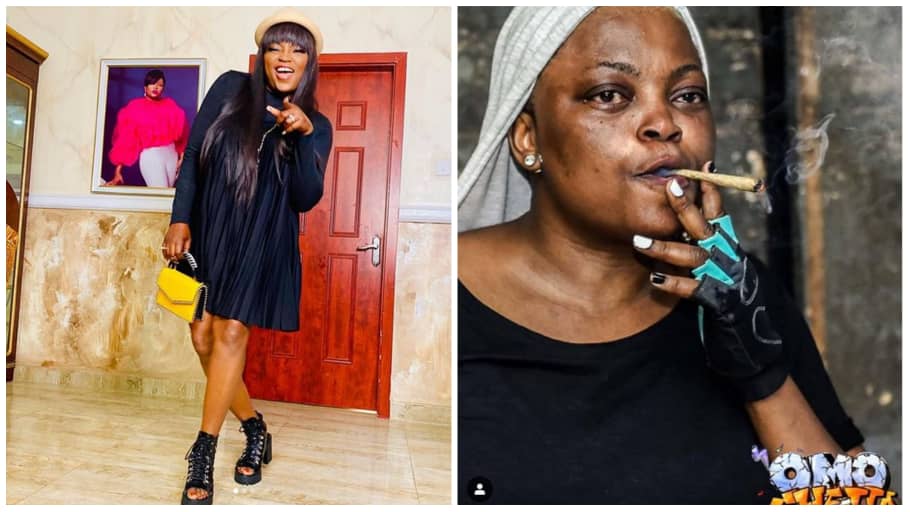 Nollywood actress, Funke Akindele has recounted how much she worked on the production of her latest movie OmoGhettothesaga.

Mercy Johnson, Iyabo Ojo, others pen down tribute to…

This picture!! Chai!! I worked like a machine on this project: acting, producing and directing. Ensuring all went as planned. I can’t but smile and say “THANK YOU LORD” 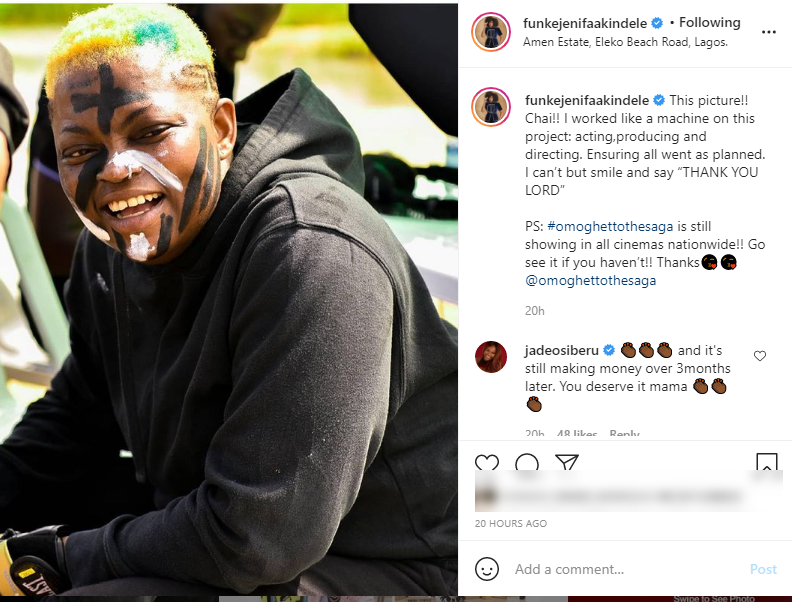 @judithaudu wrote, “And the Lord crowned your efforts and Hardworking with groundbreaking success!!!!!!!!”

@lalaakindoju wrote, “You deserve all the success sis!”

@omonioboli wrote, “Everything coming to you is so well deserved.”

@beadsbymorph wrote “Ur type z rare,u are truly Some1 to look up to”

Funke Akindele, others react to Falz’s new tattoo of all his family members on his hand

Watch as fuel attendants try to locate the ”fuel tank” of a Tesla in viral video; reactions