Fans accuse actress, Toyin Abraham of copying and trying to be like Funke Akindele 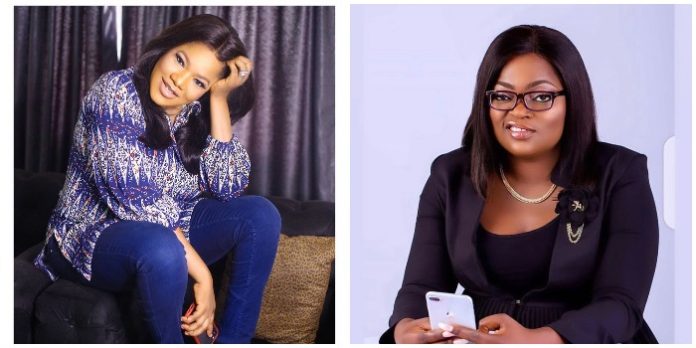 Lovers of Nollywood Yoruba movies have accused actress, Toyin Abraham of always copying and trying to be like her colleague, Funke Akindele.

According to these people, Toyin copy’s Funke’s storylines and tries to imitate her in her movies.

According to an Instagram user identified as @Tosinsilverdam,  “Toyin Abraham and Funke Akindele are not friends, even though Toyin tries so hard to famz her”.

He also added that Funke Akindele doesn’t want to be friend with Toyin Abraham as Toyin tries so hard to be like her.

Watch his video below:

Reacting to the video, a social media user wrote, “I noticed Toyin likes to copy Funke, Toyin is a good actor, she should try and be creative, I saw a recent clip on Toyin’s page that almost look like Omo Ghetto”

One Oyin Mix Mola wrote, “Even when it comes to producing movies, Toyin enjoys doing exactly the same concept as Funke, trying to always act funny… now they are acting another movie, I just hope it isn’t a low budget #omoghettothesaga#cuz I can see all of them in that movie acting cray cray already… Even if they want to copy omo ghetto, they should sha allow it to be interesting and meaningful!! It’s not by parking stars for movie.”