Man alleges Wizkid has sold his soul to the devil, backs it up with conspiracy theory 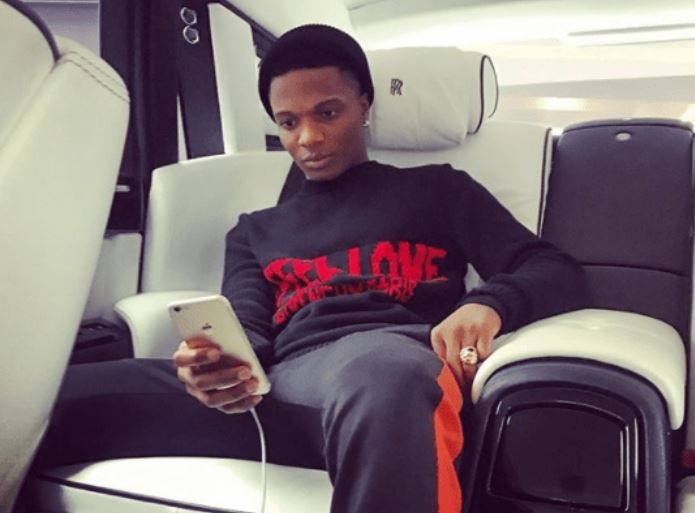 A social media user recently claimed that Nigerian star singer, Ayo Balogun aka Wizkid has sold his soul to the devil.

According to the fan identified as Jossy Thegod, he claimed Wizkid has sold his soul to the devil and his pastor had a vision about hell where he saw that Wizkid was among the top demons in hell.

He went on to back his claims with ridiculous conspiracy theory as he alleged that his fanbase, Wizkid Fc is an abbreviation of Latin words which means, the followers of the devil. 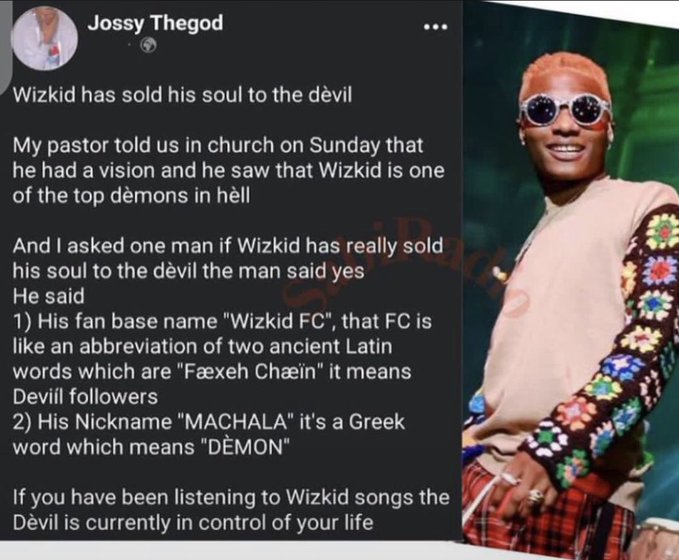 His statement has sparked reactions from Wizkid fans who took to their handles to slam him.