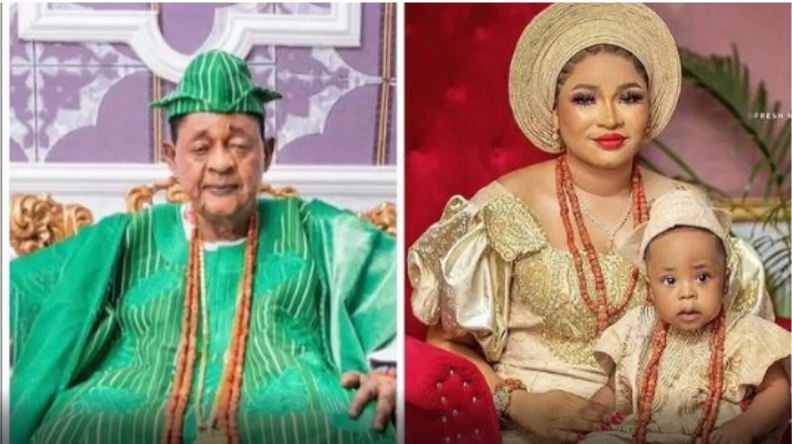 Following the news about one of Alaafin’s queen that was sent out of the palace, social media users have reacted after reports that the queen has turned to an online beggar.

According to blogger, Gistlover, the queen who was identified as Dami was left homeless after the King sent her out of the palace.

Reactions as another queen flees Alaafin of Oyo’s…

“Ori Ade ti sun Ita o,(Royalty don sleep out o)y’all should help Queen Dami out of this situation on ground now and her mum has been thrown out of the palace too, attached is the video of the mum crying, I come in peace, Ori Ade yaf sleep out o, I come in peace” 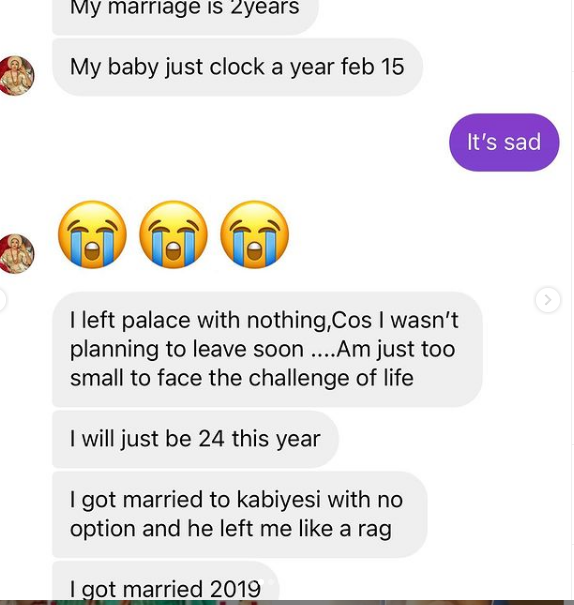 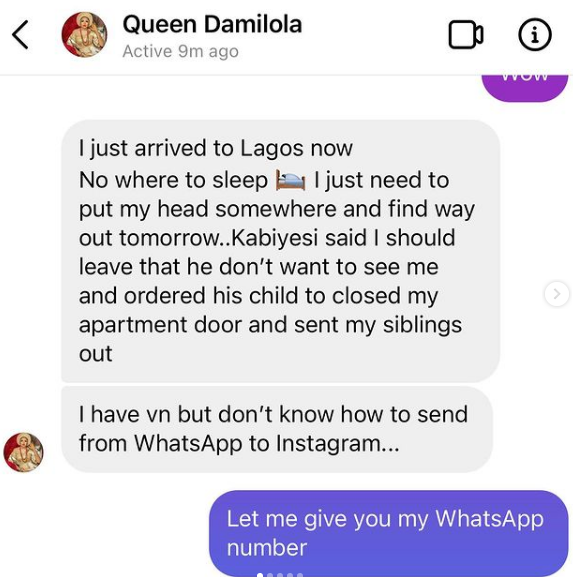 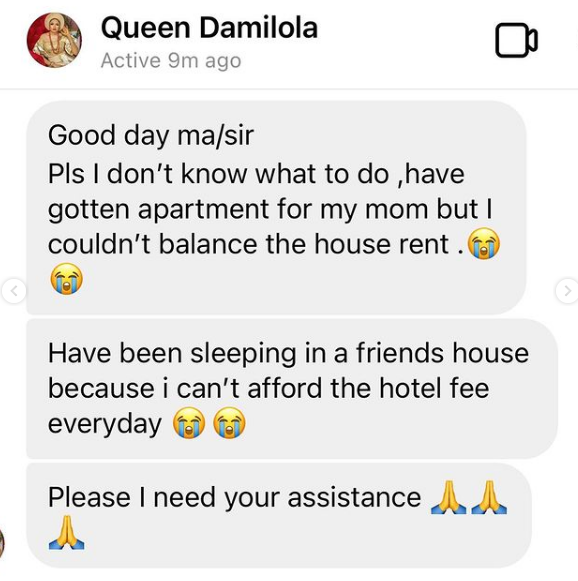 However, Kind hearted Nigerians decided to contribute some money towards helping her get a decent accommodation and starting up life again after the King reportedly dumped her for her friend. Queen Dami revealed that she got 1.17 million naira.

@lorrlah wrote “So these beautiful women marry this old man and their available balance is still Zero kobo. Omo so what’s the point? You don’t have money? Really”

@anjolami_ wrote “Omo you Marry King you no get savings? O wrong na”

@its_katchy wrote “But u sef. Why don’t u want the old man to marry another bride? Even if the new bride was your former maid, simply swallow your pride and allow the old man marry another woman. Afterall his other 10 wives allowed him to marry u when it was your turn to marry him. Nothing is there, is not a true love somtin. Just relax and be chopping what u can and take care of your child cos whether u stay or leave, the marriage to your former maid must still hold. It is what it is”