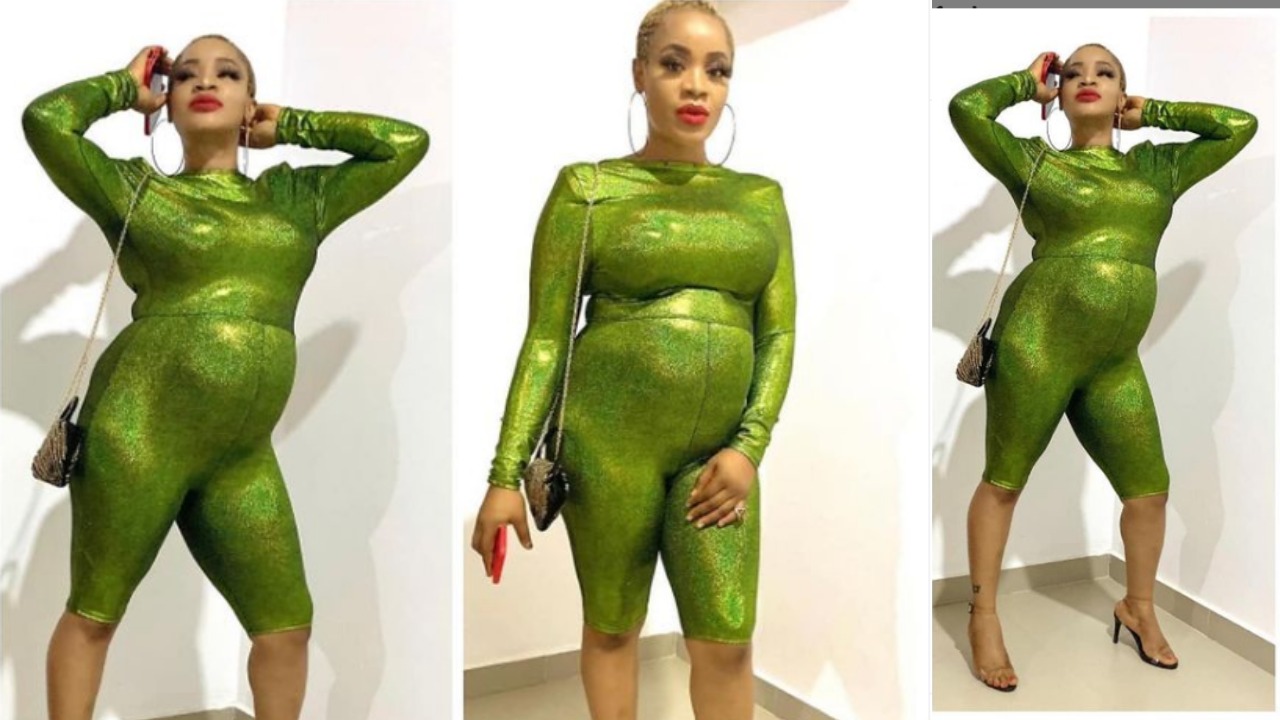 Some social media users have mocked heavily pregnant Nollywood actress, Uche Ogbodo over her look in a recent photo she shared.

In the photo, Uche was seen wearing a green jumpsuit and her baby bump was very revealing.

According to some people, Uche looked good in the outfit but to some other people, she looked like a frog that swallowed fish. 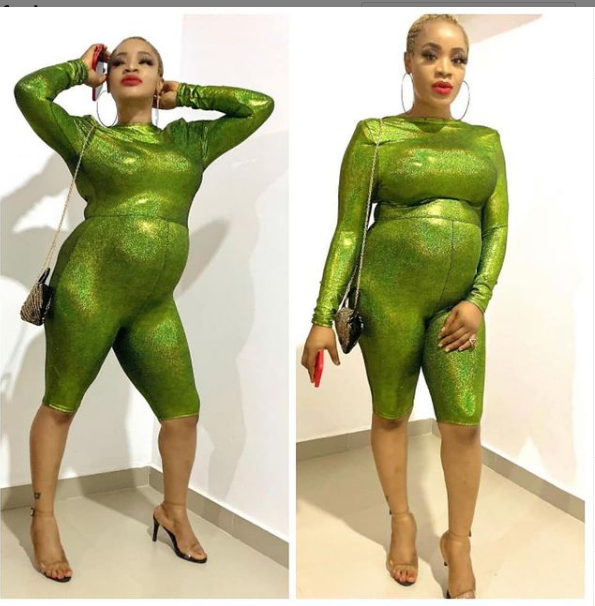 Reacting to the photo,

@onyii.cynthia wrote “she look like toad dat swallowed fish all in the name of pepper dem fashion”

@brennie_official wrote “At first she was hiding it. But ever since stella announced that she’s pregnant, she’s now feeding us wit both half naked pictures of her pregnancy… it’s not bad she’s just exaggerating it”

@zara_storesss2 wrote “The kind rush she go take comot the cloth after this pics eee….she won’t be comfortable in it.”