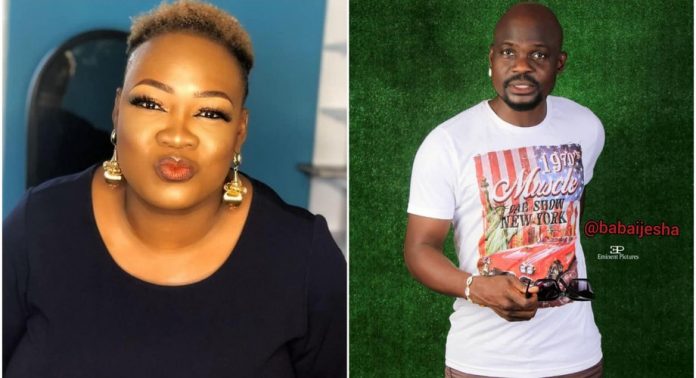 Popular Nigerian comedienne, Princess, through her legal counsel has disassociated herself from the CCTV footage evidence showing Baba Ijesha molesting the 14-year-old.

Taking to her Instagram page on Sunday, May 2, 2021, the comedian and actress releases a disclaimer through her lawyers.

“We are solicitors to PRINCESS DAMILOLA ADEKOYA (COMEDIAN) hereinafter referred to as our client and on whose behalf we issue this notice to the general public.

Our client disclaims any liability or responsibility whatsoever that arises from the publication of the video on the internet or any other social media platform shoeing OLANREWAJU JAMES OMIYINKA (AKA BABA IJESHA) molesting Our Client’s foster daughter.

Our Client did not authorize the release of the CCTV footage by PUNCH MEDIA or any other person whatsoever.”

See the full statement below:

Meanwhile, Akin Olafeso, the lawyer to embattle Nollywood actor, Olarenwaju Omiyinka popularly known as Baba Ijesha, has revealed his client was set up by the Nigerian comedian Princess.

In a post shared on Facebook, Akin Olafeso said Baba Ijesha had an illicit affair with Princess in the past, an advantage he took to molest her 14-year-old adopted daughter.

According to the Lawyer, when Princes got the wind that her daughter was molested, she decided to set Baba Ijesha up to teach him an unforgettable lesson.

However, Akin Olafeso vowed they are ready to meet Princess in court.

He wrote: “My client had an illicit affair with Princess in the past, unknown to Princess, Baba Ijesha took advantage of his access to her house to sexually molest her adopted daughter”

she got wind of this, she decided to set Baba Ijesha up to teach him an unforgettable lesson. We are ready to meet Princess in court” Baba Ijesha Lawyer, Akin Olafeso.