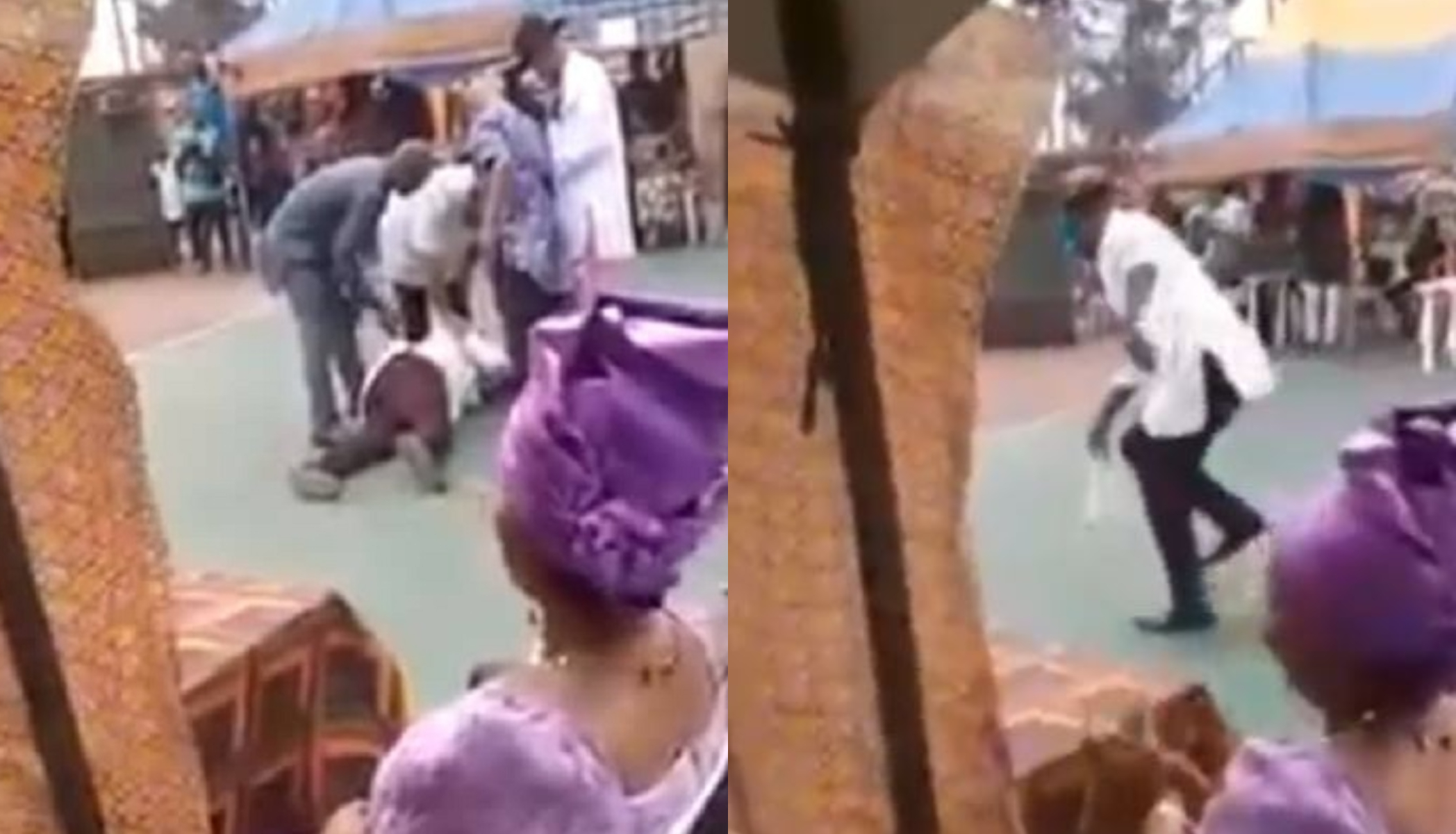 An event in Rivers came to a halt after an elderly man collapsed and died while dancing.

According to a viral story, the man, who is said to be the chairman of a local government in Rivers state, died of cardiac arrest while performing dance moves for guests at the function.

Lockdown: Husband forced to trek to the hospital carrying…

The man, dressed in a white top and black trouser, collapsed while dancing in a video that made its way around the internet. Unfortunately, the audience mistook the fall for part of the show, and no one tried to assist him as he struggled to breathe.

People approached him after a while to see why he was still on the floor, only to discover that he had stopped breathing.

Chidinma Ekile takes her newly found evangelism to the next level, storms beer parlor to preach the gospel (video)

Nollywood actor, Yomi Fabiyi calls for the bail of Baba Ijesha as he leads protest on his behalf (video)