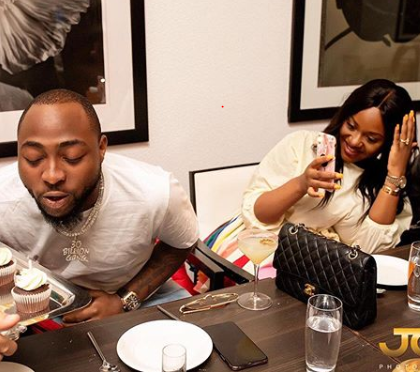 A recent statement by Davido’s cousin, Clark Adeleke has served as another proof that the relationship between the DMW singer and Chioma has gone sour.

Recall that it took hours before Davido decided to celebrate Chioma on his social media page on her 26th birthday, not only that, he went on to refer to her as Mama Ify.

See also: Davido celebrates Chioma on her 26th birthday, refers to her as ‘mama Ify,’ she reacts

Well, in a speech he made  at Chioma’s birthday dinner last night, Clark made some revelations after weeks of break up rumours between the “assurance lovers”.

In his speech, Davido’s cousin urged the estranged lovers to remember they were friends before anything, regardless of what happened between them.

”Remember what happened between you and my brother remember you guys were friends before anything, and remember that you have a beautiful son together.

No matter what you are doing, put yourself first and put family first… I’ll always be there for you no matter what happens…. We love you on behalf of the whole Adeleke family”.