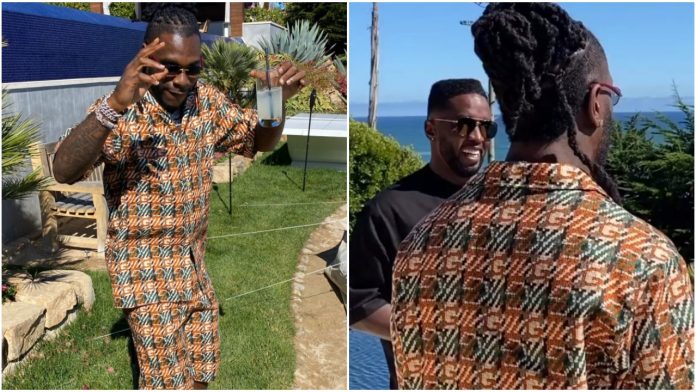 Nigerian singer and Grammy Award winner, Burna Boy finally linked up with Puff Diddy in the U.S months after winning his first-ever grammy award for his album Twice as Tall.

In the video shared by both music stars, Diddy was seen talking about how much he had missed seeing Burna Boy while reflecting on being the executive producer for Burna Boy’s Grammy Award-winning Album.

In another video shared on Burna Boy’s Instagram Story, the Two celebrities could be seen goofing around at Diddy’s mansion in L.A.

A post shared by Burna Boy's Only Official News (@burnaboyworld)

Recall some months back, when Burna Boy won the Grammy Awards, he made a controversial post to celebrate his win by saying nobody helped him that he did it all by himself.

A tweet which many Nigerians didn’t agree with and took to social media to drag Burna Boy over it while mocking him with the word “I diddy it myself” which literally meant the American Mogul’s stage name.