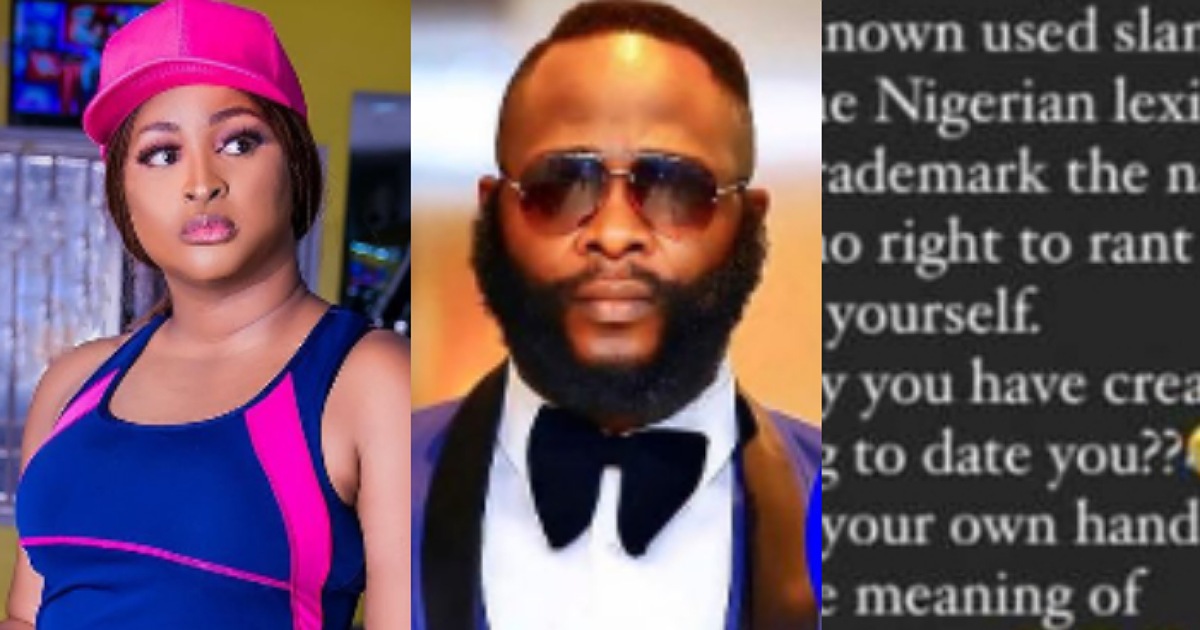 Nigerian actress, Etinosa has responded after relationship blogger, Joro Olumofin, called her out and leaked their chat.

The relationship blogger had expressed his anger at Etinosa Idemudia for using his name to call out what she thought to be a fake post.

In her Instagram Stories, the actress defended her post, stating that ‘Joro to Joro’ was merely a slang used in the Nigerian lexicon and the only way he would stop people from using it is if he trademarks it.

Actress Etinosa showers daughter with econium on her…

Reacting to the release of the message she sent to the blogger professing her love and admiration for how he carried himself, she told him to keep dreaming.

“It’s not a new thing – guys, simps, making up stories about hot girls hitting on them. Girls they can never get, girls they drool and w3t dream about. Eww keep dreaming boy. Sending you love and light.” 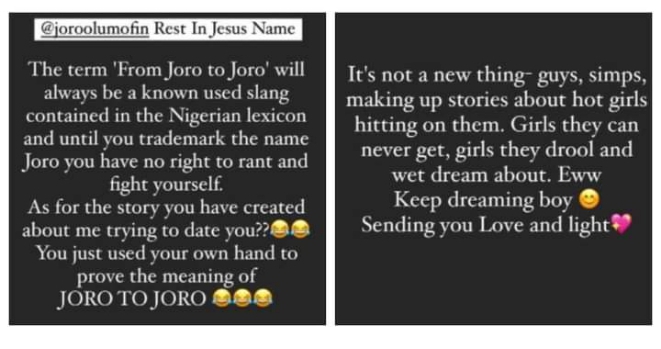 Sometimes, I wish I can stand up to dance on stage – Yinka Ayefele