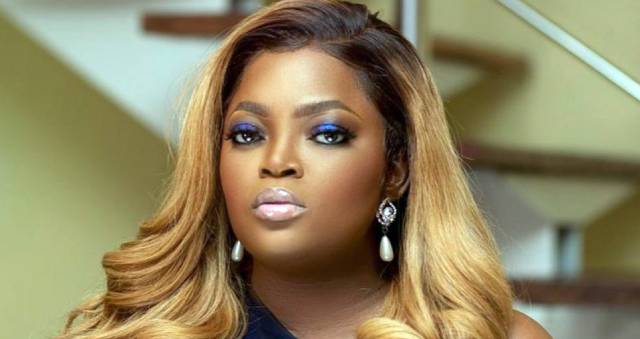 This comes after the dirty revelations made by the housemates and how it came as a rude shock to the viewers.

According to Funke, the show is too toxic and she can not endure it anymore.

Hilarious moment Regina Daniels was forced to speak Igbo on…

Hilarious moment Funke Akindele got scared after she was…

The mother of two said that she feels the urge to enter the TV and fight the housemates but it’s not possible.

“Chai, too much hate, anger, jealousy, bluntness, disrespect. I beg I no watch again!!! I no want enter television dey fight.” 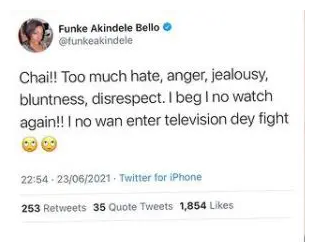