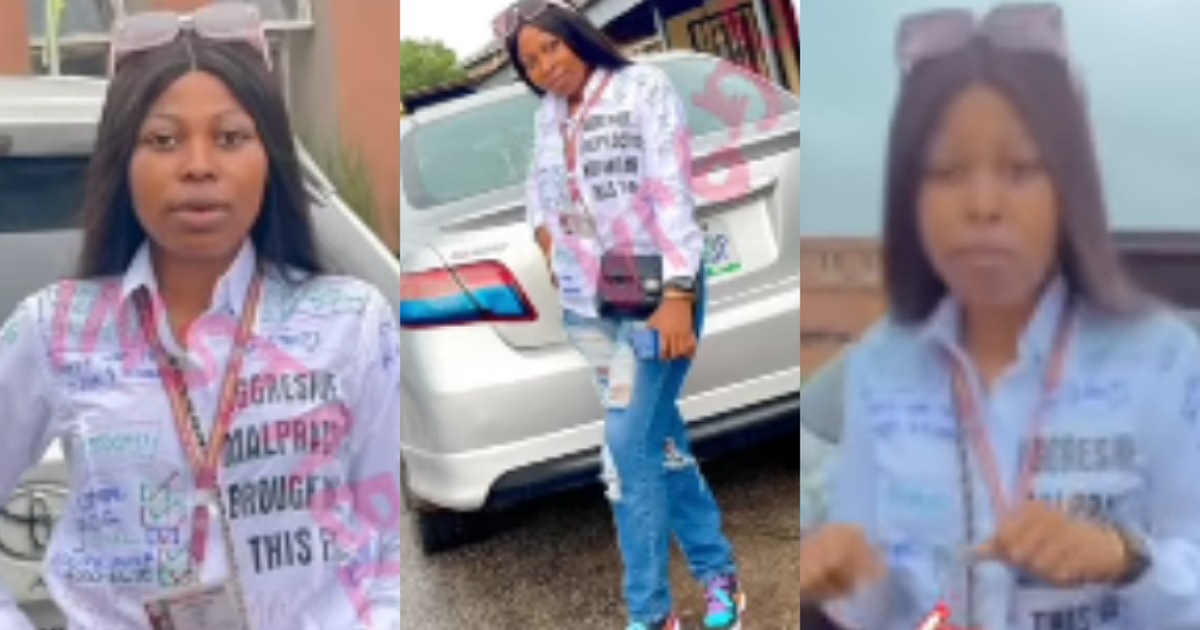 A lady who recently graduated from University of Benin (UNIBEN) has revealed how she was able to graduate through “aggressive malpractice”.

According to the new graduate, she has been engaging in series of malpractices since she got into school, and that was what made her pass her exams.

She shared photos and video after her final exams, and in the viral video, she was spotted showing off her dance moves.

UNIBEN student who bragged about “aggressive…

UNIBEN graduate who said aggressive malpractice made her…

Her white shirt had the bold inscription that “aggressive malpractice” made her pass her exams and become a graduate.

“Aggressive malpractice brought me this far”, the inscription read.

While some dragged her for her statement, some others also shared how they were also able to graduate through malpractice.

“Nobody should ask me to do PHD o” – Comedienne, Mummy Wa warns fans as she bags Masters degree