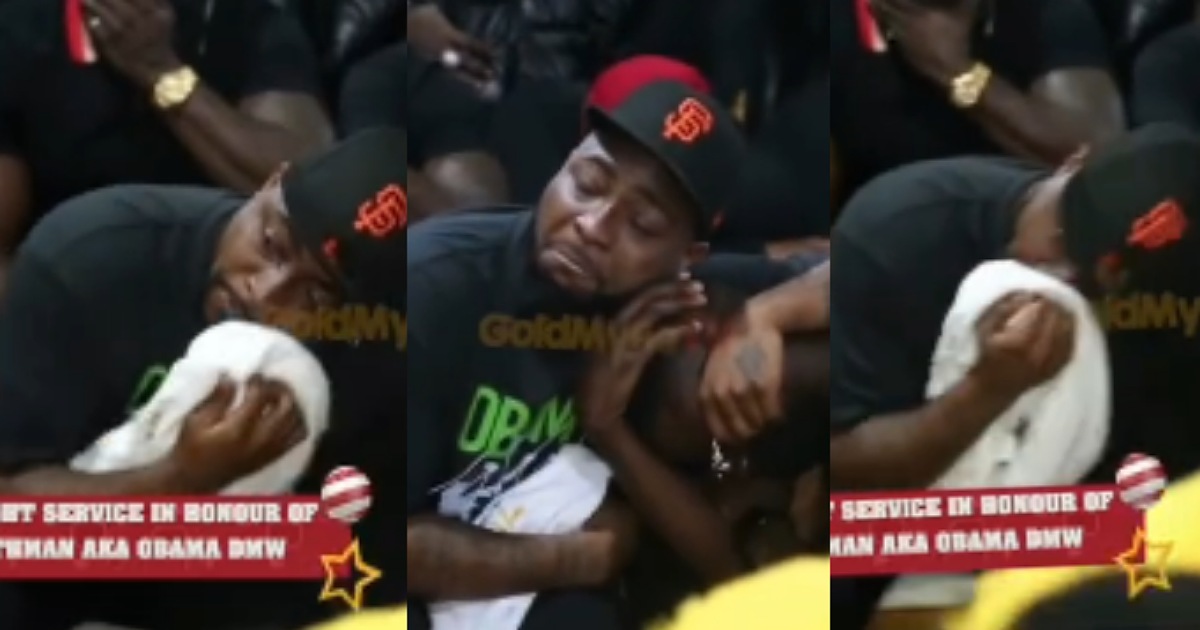 Nigerian singer, David Adeleke a.k.a Davido couldn’t hold back his tears during the candlelight service of his late friend, Obama DMW.

The singer was spotted in a heartbreaking video crying profusely as he mourned Obama, alongside other members of DMW.

Obama passed away on 29th of June from suspected heart failure after he complained of severe pains. He reportedly drove himself to the hospital but didn’t make it out alive.

Days ago, Davido penned down a heartwrenching tribute to Obama which read;

“This is by far the hardest thing I’ve had to write. Hurt, broken, sad, and lost. For the first time in my life, I am EXTREMELY confused. The pain is one I cannot explain. 44 was more than an elder brother to me, he was a protector. someone that literally just always made me smile no matter the issue ,problems I had.

Watch video of Davido weeping over Obama below;

Heartbreaking photos from the burial of late Sound Sultan