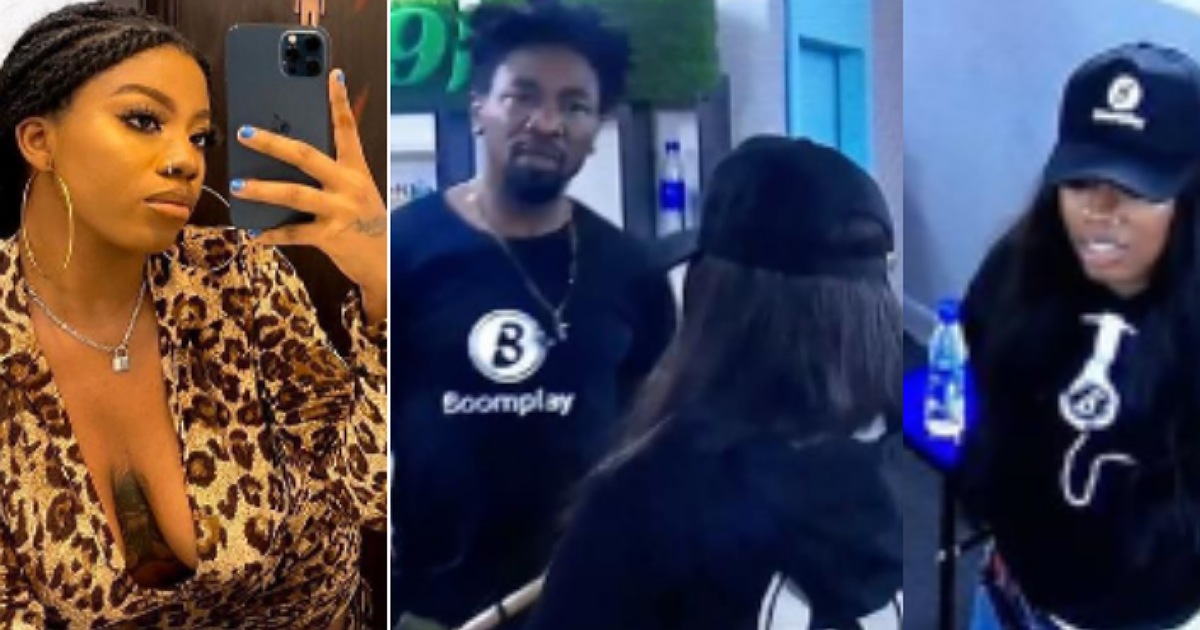 The ‘Shine Ya Eye’ season witnessed its first gbas gbos session following a heated argument between housemates, Boma and Angel.

The drama started after the duo got into an argument over who spilled details of their executive lounge session from some weeks back. Angel claimed that Boma is a kiss and tell.

Recall, Boma and Angel had an exclusive time in the executive lounge where they shared a kiss and talked about their sexual preference. They also agreed to not share details of their moment with other housemates.

Apparently, one of them broke the agreement and this caused a serious argument which escalated to name-calling and wigs flying.

During the fight, Boma mocked Angel’s mental health and her family which enraged the 21-year-old.

You are not the first man to have babymamas – Annie Idibia drags hubby, 2face Idibia over cheating