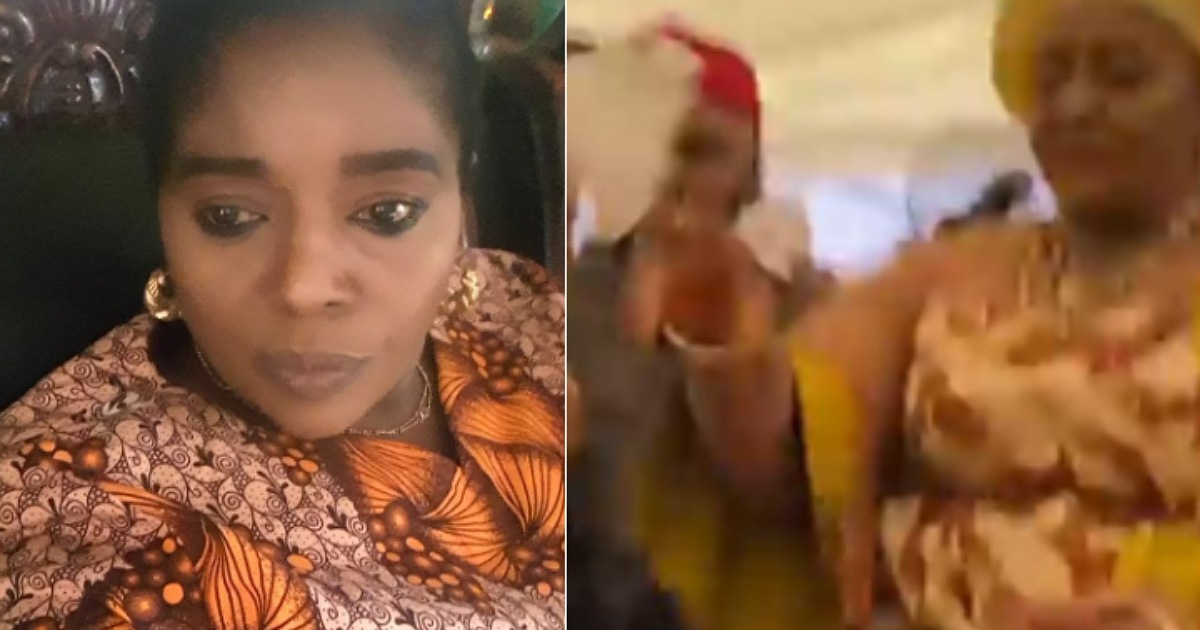 In the viral video, Chief Imo was seen licking icecream with a spoon before he dropped the spoon and began licking his fingers in public.

His action however triggered actress Rita Edochie who lifted her hands and slapped him severally on the shoulders.

Ex-beauty queen, Princess cries out as gunmen set her home…

Wife slaps husband on Live TV over his statement about her…

Sharing the video via his Instagram page, Chief Imo thanked actress Rita Edochie for bringing him back to his senses. According to Imo, he forgot that they were in public.

“I forgot that we were in the public….::::: my village people just embarrassed me! 😂😂🤣 Thanks for reminding me mummy yo!”